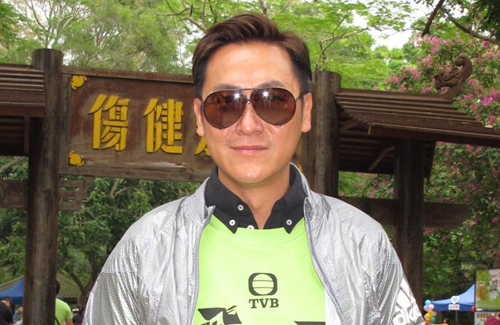 The cast of Tiger Cubs 2 <飛虎II> promoted the series while attending a hiking charity event earlier this week. Enjoying top ratings in its weekend time slot, the series’ lead star Joe Ma (馬德鐘) said he is very happy to see the satisfying results of Tiger Cubs 2. He expressed that he has confidence that the police procedural drama will enter the nominations for Best Drama at the TVB Anniversary Awards next month. Although his per-series contract with TVB has already ended, Joe said he will not hesitate to sign with TVB again if the station invites him to take part in the third installment of Tiger Cubs.

Since completing Smooth Talker <以和為貴>, Joe revealed that he is in negotiations to renew his TVB contract. He is also in talks with a Chinese agency and has thought about forming his own company in a joint venture partnership, but the discussion is still currently in its preliminary stages.

Asked how much he plans to invest in this new company, Joe said he does not have a number in mind. “However, I may want to do something for the film industry. If everything succeeds then the company will be active in both Hong Kong and mainland China.”

Would Joe be interested in signing former TVB artistes? Joe laughed and said, “It’s not like that.” What about Myolie Wu (胡杏兒), who may not renew her TVB contract next year? “I don’t know!”

Christine Kuo’s (苟芸慧) weight fluctuated dramatically in the last two years due to hypothyroidism. Looking much skinnier and healthier at the charity event, Christine said she has been taking traditional Chinese medicine to restore her body. She exercises regularly and enjoys hiking in the morning.