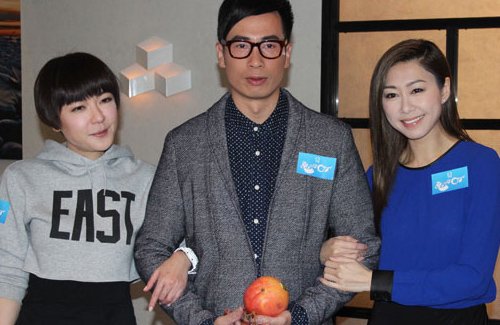 Sharing the same passion for drinking coffee, Kristal and Moses became friends fairly quickly. However, Kristal lamented on continuously having outtakes because she was unable to stop laughing at Moses’s jokes. The filming schedule has already been delayed because of the number of uttakes. Kristal expressed, “After drinking Moses’s coffee, I realized the coffee I make doesn’t even taste good. He always makes me laugh and I end up having outtakes. Since he is delaying me from getting off work, he has to buy me coffee for life.”

Praising Moses for having a great sense of humor, Nancy said she had to redo her eye makeup many times because she was rendered to tears from Moses’s jokes. Enjoying such an amicable co-star, Nancy did not mind the constant outtakes. Admitting that she has a rather uptight personality, Nancy prefers humorous men as laughter is able to greatly reduce stress.

No Chance at TV Queen

Last year, Kristal had a breakthrough in her career after winning TV Queen for Brother’s Keeper <巨輪>. Although starring in the critically acclaimed Black Heart White Soul <忠奸人> this year, Kristal does not believe that she has a chance to win the award again this year. Admitting defeat, she will watch this year’s race without the unnecessary pressure.