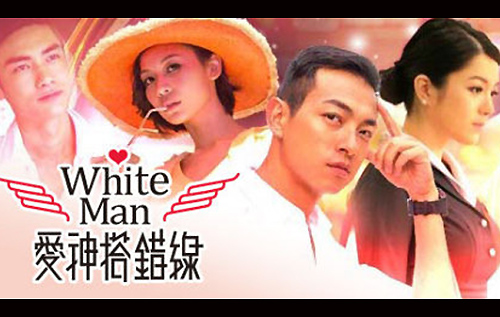 Oscar plays Steve, a renowned furniture designer, who frequently works in Asia and Europe. Steve is a hardworking man who never stays in one place and always sets high standards for himself and those around him. Despite his overtly serious nature, he manages to keep an online relationship with Grace (Christine). The pair, despite having been dating online for three years, has not met up in real life. However, their fate intertwines when they both coincidentally fly to Taipei and agree to finally see each other.

Thus Steve sits at a pub and patiently waits for Grace’s arrival. But the couple’s plans do not run smoothly when Taiwan’s supposed “cupid”, Peter Qiu (Titan), appears and tells Steve that he is not meant to be with Grace. Believing his words, Steve meets Lai Sze (Vivien) and begins a friendly conversation with her. When Grace finally shows up at the pub and cannot find Steve, Peter realizes his mistakes and quickly calls Ah Dic (Nathan) for help in patching back the couple.