“War of the Genders 2” May Not Happen 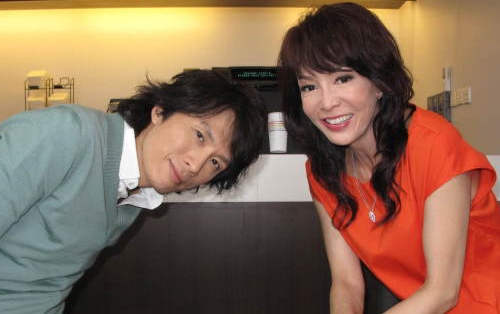 It seems that the exciting rumors surrounding War of the Genders 2 <男親女愛2> may not be coming true after all.

Original War of the Genders producer Tsui Ching Hong (徐正康), who recently returned to TVB, revealed that he has intentions to film a sister production to the classic comedy drama. He plans to invite the majority of the original cast to return, including Carol Cheng (鄭裕玲), Dayo Wong (黃子華) Ram Chiang (蔣志光), and Kingdom Yuen (苑瓊丹).

Carol revealed earlier that Tsui had indeed approached her and Dayo about filming the possible sister production last November. Both Carol and Dayo had expressed their interest in returning; however, Carol is unsure if she would be willing to alter her regular lifestyle to accommodate the stressful filming schedule of a television drama. Carol stated, “It is not a matter of money, but there are many factors to consider. Of course I want to act with Dayo Wong again, but I have to see how my health situation is.”

Although Dayo is confirmed to return to TVB this coming May, it has been recently reported that instead of working on Tsui’s new production, Dayo has signed to work on a new comedy production with Friendly Fire <法網狙擊> producer, Man Wai Hung (文偉鴻). Dayo and Man Wai Hung have previously worked together on 2009’s You’re Hired <絕代商驕>, when Man was still working as director.

In a phone interview with Man Wai Hung, the producer admitted that he is currently working on the screenplay for an upcoming TVB production, but he did not reveal too much information about his possible collaboration with Dayo. He stated, “Dayo Wong is a very talented actor. It will be great if I can have the chance to work with him.”

16 comments to “War of the Genders 2” May Not Happen