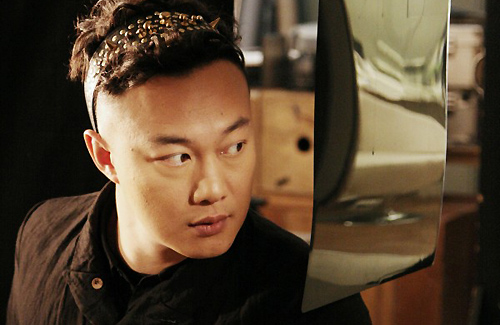 In the after-party press conference of the Eason’s Life concert, Eason Chan (陳奕迅) revealed that he has been suffering mild mood disorder symptoms. On his July 17 concert, Eason admitted that he is bipolar and has social phobia.

Eason repeatedly apologized to the audience and said, “About the mood disorder… I get more and more scared when I see a lot of people. Honestly, I have a social phobia. I’m not joking…. I am [also] a little bit bipolar… I just entered a very weird world. I completely forgot that you guys were here. Actually, are you guys here?”

However, Eason assured that the symptoms are mild and he does not find it necessary to seek medical attention.

On July 25 and last day of Eason’s Life concert tour, Eason yelled at a fan for recording his performance and pretended to toss the fan’s phone to the floor. Though he meant it as a joke, Eason appeared genuinely frustrated and stressed.

Throughout the week, Hilary, Constance, Chan Hoi Wan, her daughter Sau Wah, and their group of friends explored various London tourist attractions, including the Science Museum. The group was protected by two bodyguards throughout their entire trip. Eason was nowhere to be seen.

Hilary and her friends stopped by the Japanese restaurant, Zuma, for lunch. Half an hour later, Eason arrived in a black Mercedes Benz. He was followed by two bodyguards.

Rather than exploring the streets with his family, Eason stayed in his room all day and slept. A source close to the family said, “Eason already specified that he wanted this trip to be very ‘hea’ (Cantonese slang for “killing time”). He worked hard for months to prepare for his concert. Now he can finally breathe. Hilary knew what her husband wanted so she and her friend planned the England trip. She asked her friend about hotels, and Chan Hoi Wan suggested Joseph Lau’s estate. She said that she would pay for everything, and also hired four foreign bodyguards to protect Hilary and her family.

“Eason wants a relaxing trip and he doesn’t want to go anywhere that will have a lot of people. Besides, he went to school in England before so he knows what’s around. He spent his first couple of days in England sleeping and eating.”

After finishing their meal at Zuma, the group went to Covent Garden Market to watch a street performance. As there were a handful of people in the crowd who recognized Eason, the pair appeared to look uneasy. After the performance, the group went to afternoon tea. Two hours later, Chan Hoi Wan took the kids back to the estate while Eason and Hilary went shopping.