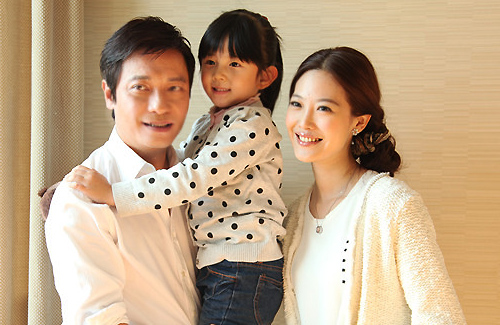 The music video of Gallen Lo’s (罗嘉良) “Runnin’ Out of Time” <狂奔过时间> hit more than 50 million views within a month of its release. This is the theme song of the mini movie, The Travel of Memory <爱家日•时间门>. The success of “Runnin’ Out of Time” further proves Gallen’s ability to touch the audience with his acting and voice.

Long before Gallen was known for his acting, he was first and foremost a singer. He first gained success not through his roles in television series but as the voice behind ATV’s theme songs in the 1980s. He also earned back-to-back Double Platinum Record Awards for the theme songs of Old Time Buddy <难兄难弟> and Secret of the Heart <天地豪情>, dramas which he also starred in.

With more than 20 years of acting experience and singing accolades, the music video for “Runnin’ Out of Time” proved to be an easy feat for Gallen. The music video successfully tugs at the audience’s heartstrings, in which Gallen portrays the crest-fallen protagonist and his woeful voice gave depth to the regret felt by the character.

The Travel of Memory

Mini-movie, The Travel of Memory, touches on the subject of family love. It describes how a successful businessman, who on the verge of losing his memory, recalled his life and realized too late that “One’s true happiness stems from spending time with the family. A family’s happiness is dependable on the time spent together”.

Through the mini-movie, Gallen hopes that viewers are able to cherish their family members, which also resonates with Gallen’s family values. Married happily to Sophie Su (苏岩), Gallen he has taken time off work to spend more time with his pregnant wife.

Watch “Runnin’ Out of Time” MV