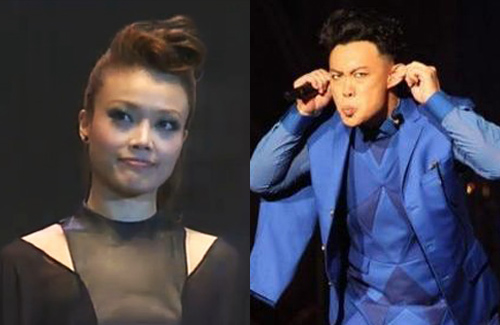 In order to get ready for her concert in December, Joey Yung (容祖兒) attended a promotional event for her new album. In the interview, Joey openly put down Eason Chan (陳奕迅) for scolding fans at his own concert, and said the singer’s bipolar disorder is not an excuse for his rude behavior. With Joey’s outright criticism of Eason, did their friendship nosedive?

Illness Is Not An Excuse

During Eason’s Hong Kong concert in July, some overly hyperactive fans chanted and shouted out randomly while he was singing on stage. He voiced his displeasure in those who screamed during his songs and believe that it is disrespectful to him as well as other concertgoers.

Eason’s harsh outburst may be due to the fact that he was diagnosed with bipolar disorder. Joey said every celebrity has an illness of some sort and only those who are not successful would speak out rudely to their fans. She then added, “Being sick doesn’t make you the boss!”

Joey states that since fans spend money and time in buying concert tickets; entertainers should appreciate their efforts and not lash out at them. As well, even though at times there would be overly active fans, Joey said that singers should maintain their professionalism. “I’ve been in the industry for so long but I’ve never heard of anyone yelling at fans before! People actually do that? It’s unbelievable.”

The paparazzi also asked about her boyfriend, Wilfred Lau’s (劉浩龍), birthday celebration, in which she said they already had dinner but she will make up for his gift when she has time.