Tamia Liu Sings about the “Good Wife” in New EP 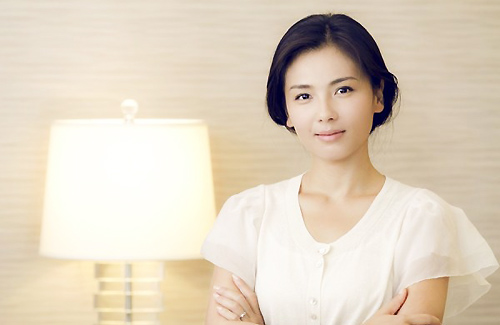 Mainland Chinese actress Tamia Liu (劉濤), whom netizens have dubbed “the spokeswoman for the new generation of good wives” due to her starring role in the drama Good Wife <賢妻>, recently released her first EP. The two-track studio release includes the drama’s hit song, “What Happened to the Saddened Woman” <傷了心的女人怎麼了>.

From the title, it is easy to see that the song is not about a young girl attempting to navigate a confusing love-hate relationship. Rather, it is told from the point of view of a woman who is willing to persevere for the sake of love, even to the point of insanity. The lyrics and music were written by music producer Fox Hu (胡力), whose works with well-known artists like Li Yugang (李玉剛) and Johnston Wang (王強) are still karaoke favorites.

“What Happened to the Saddened Woman” also perfectly captures the thoughts of Tamia’s character in Good Wife, which aired last month on Hunan Satellite Television. Viewers have been full of praise for Tamia’s portrayal of Han Dayun, a stay-at-home mother who must face the displeasure of her mother-in-law for not having given birth to a male heir. Worse still, Dayun discovers that her husband, with whom she has enjoyed a happy marriage, is involved in an extramarital affair. With no choice but to file for divorce, she nevertheless strives to transform her life and save their marriage.

Tamia’s own life experiences may have contributed to her admirable and touching performance in Good Wife. According to posts on her Sina Weibo, she had gone through a few rough patches in her marriage to businessman Wang Ke (王珂), whom she married in 2008. Despite financial difficulties and her husband’s bout with depression, Tamia remained by his side, demonstrating the qualities of a true “good wife.”

Tracklist for What Happened to the Saddened Woman:

01. What Happened to the Saddened Woman (傷了心的女人怎麼了)
02. Brave Love (勇敢愛情)

“What Happened to the Saddened Woman” MV