Tamia Liu Stands by Husband Through Financial Debts and Depression 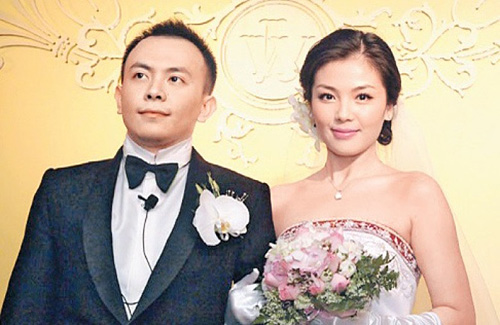 Since debuting in 2000 at just 22 years old, Mainland Chinese actress Tamia Liu (劉濤) has starred in many notable productions. Her role in 2003’s The Demi-Gods and Semi-Devils <天龍八部> made her a household name. The beautiful actress continued to land meaty roles, boosting her popularity. With her career on a steady rise, many were shocked when Tamia suddenly announced her retirement from the entertainment industry after marrying wealthy businessman, Wang Ke (王珂), in 2008.

The marriage came after only a short three-week courtship. However, neither the good times nor her retirement lasted long. Within a year of the marriage, Wang Ke’s business fell apart, leaving the family on the brink of bankruptcy and owing an estimated $300 million RMB. Furthermore, Wang Ke quickly fell into depression and was quick to suggest a divorce.

Tamia was already pregnant with the couple’s younger son at the time. Tamia reminded herself that this was the man she had chosen to be her life partner. Instead of abandoning her husband, Tamia decided to make a comeback to the entertainment industry.

Recalling these difficult years, Tamia said, “Since I have chosen him, then I cannot give up on him. I have to show other people how I can be with him through good times and bad.”

In a span of five short years, Tamia took on project after project, and repaid her husband’s debts of $300 million RMB. After rescuing her family from the financial predicament, Tamia’s career continued to soar. Currently, Tamia’s net worth is $3.8 billion RMB, placing her as one of the highest paid artistes in Mainland China alongside Fan Bingbing (范冰冰) and Yang Mi (楊冪).

Touted as “The Good Wife”

Tamia’s relentless devotion and unwavering vows to stand by her husband during these daunting times has inspired and touched many. She has been touted as “The Good Wife”. In response to this respectable title, Tamia humbly said, “This is just something a woman should do.”

In a past interview, Wang Ke praised his wife admiringly for her steadfast dedication and ambition. “Sometimes, I don’t think she needs a man at all. She has a naturally captivating disposition because of her dignity and sense of honor. On top of that, she has given me her most beautiful, most charming, and amazing self.”

A recent allegation threatens to taint Tamia’s reputable image, claiming that the 39-year-old actress is having an affair with a younger man. Tamia was quick to dispel the rumors and issued an official statement denying the claims. With the couple’s strong history together, many are disregarding the presumptuous accusations.