With Benjamin Yuen‘s (袁偉豪) upcoming photo book which celebrates beauty of the male body, fans may remember there were several actors who looked equally impressive when they went topless and posed in skimpy briefs. 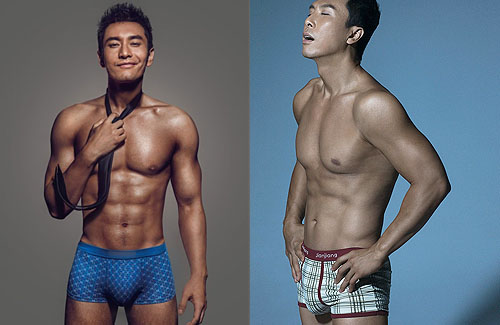 Who knew Ip Man has such a sexy side? Filming an underwear ad for over $10 million HKD, Donnie Yen (甄子丹) filled out his briefs well. Donnie said proudly, “Since the vendor invited me to film the ad, of course they know I have the goods to look great in [the underwear].” 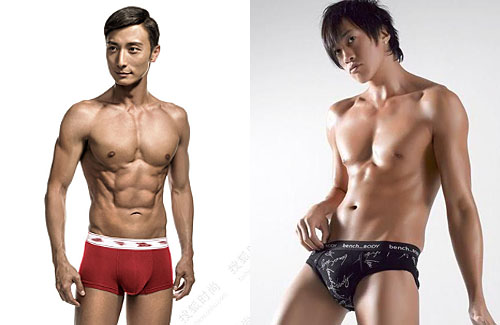 It is not a surprise that former swimming champion, Alex Fong (方力申), would have a great body. In a 2014 underwear ad for a Mainland Chinese label, Alex lost 30 pounds to make his muscles look more chiseled in the photos. The form-fitting effect was more pronounced than any pair of swimming briefs Alex wore before.

Peter Ho‘s (何潤東) impressive body left a deep impression when he filmed an underwear ad many years ago. Even Taiwanese actress, Dee Hsu (徐熙娣), could not help exclaiming in a variety show, “Peter Ho has a big bird!”