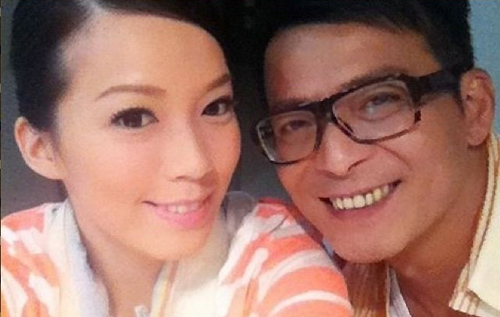 Felix Wong’s (黃日華) family conflicts have been making headlines. It was revealed that Felix has made no attempt to visit or support his 84-year-old father, who is currently nursing an illness at the hospital. Despite public attention, Felix has kept mum about the situation. His daughter, actress Adrian Wong (黃芷晴), finally broke the silence on February 25, explaining that her father has been working in the Mainland, and that he will handle the matter as soon as possible.

Although Felix was applauded for caring for his wife during a severe bout of scurvy, he is now faulted by some for failing to do the same for his ailing, eighty-four-year-old father. His stepmother Lau Wun Chan (劉煥珍) revealed that father and son have been estranged ever since her name was added onto family assets. While Felix has supported his father financially in the past, he seems to have finally cut ties. The elder Mr. Wong and his second wife are now struggling to pay the bills.

While his maternal relative and his stepmother have both spoken up in public, Felix has made no comment regarding the situation. His daughter Adrian, who often speaks on his behalf, has also kept silent aside from vague words about enduring pain and troublesome matters in a recent Instagram post. The public is left to form their own opinions; some expressed understanding of his family drama, while others tried to convince him to pay his father a visit.

After days of silence, Adrian finally made a brief response on yesterday, saying that her father has recently returned from working in China and will address the matter soon. She also confirmed her family’s strained relationship. “Since my grandmother passed away, grandfather has established a new family with Ms. Lau. Honestly speaking, we are not as close as before. We found out about grandfather’s hospital stay through relatives, who told us that his condition is not considered serious.”

She added that she is unable to comment further on issues involving her elders, and has already urged her father to make a public response. As for when they will actually go for a visit, Adrian said that although she is worried about her grandfather’s health, she will leave it up to Felix to decide on a date.