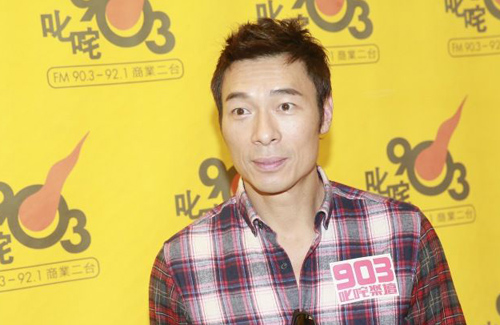 Since caught cheating in April last year, Andy Hui (許志安) and Jacqueline Wong’s (黃心穎) careers never really recovered. Andy chose to hold a tearful press conference claiming he was a “broken person” and has since stopped work, though rumor has it that he wants to make a comeback later this year.

Immediately following the scandal, Jacqueline flew to the United States for eight months and broke up with Kenneth Ma (馬國明). She made a very public return to Hong Kong right before Christmas. During that time TVB aired two of her dramas Finding Her Voice <牛下女高音> and Handmaidens United <丫鬟大聯盟>. The station appeared to be testing the waters to see whether Jacqueline’s comeback would be accepted, but unfortunately many viewers are still very angry over the actress’ behavior and do not want to see her on screen.

During this time, Andy successfully patched up his relationship with his wife Sammi Cheng (鄭秀文), who though hurt by his actions, chose forgiveness instead. They were seen going on vacation together and going on dates to the gym and grocery store.

It is also rumored that Andy has renewed his contract with his management company and plans to make a comeback in the latter half of this year. Recently seen having afternoon tea with his personal trainer and a friend, Andy was in a good mood and talked a bit about his daily life and the coronavirus (COVID-19) outbreak.

When reporters asked if he knew whether Jacqueline is currently dating Rubberband‘s drummer Lai Man Wang (黎萬宏), Andy immediately turned and walked away.