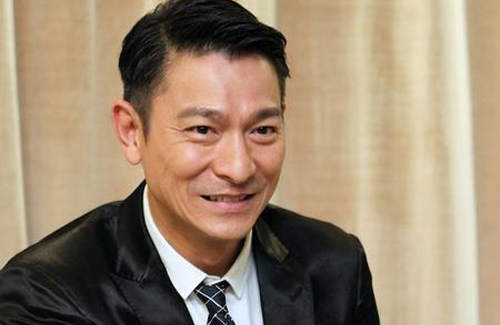 Hong Kong singer/actor Andy Lau (劉德華) recently put together a birthday celebration for his daughter, Hanna Lau (劉向蕙), who turned four years old on May 9. In order to prevent photographs of Hanna from being leaked to the press, Andy handpicked each of the birthday party attendees.

Although Andy has typically maintained an extremely low-profile approach to raising his daughter, he understandably still wishes for Hanna to experience normal social interactions with other children her age. As a result, he decided to celebrate her fourth birthday with a party.

Rather than hold the party at a luxurious hotel, Andy chose to celebrate at Andy World Club, a venue he established in Hong Kong for his fans. About 50 people attended the birthday celebration, all close friends or familiar acquaintances that were handpicked by Andy himself. The theme of the party was Disney princesses.

Despite Andy’s wishes that photographs from the event remain private, a group picture taken during the celebration recently surfaced online. In the photograph, Andy can be seen hugging a long-haired young girl who is smiling broadly. Many netizens assumed that the girl in the photo was Hanna, but it was later revealed that when the group picture was taken, Hanna was off to the side with her mother, Carol Chu (朱麗倩).

Carol’s reluctance to appear in photographs may have increased even more due to the recent stream of rumors that she is pregnant with the couple’s second child. In March, she was alleged to be already four months pregnant. However, the couple has yet to confirm the pregnancy reports.