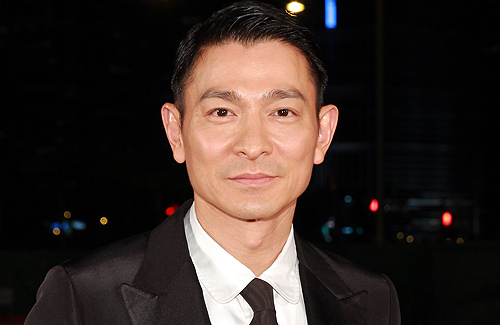 There was tight security around Tsim Sha Tsui’s The Peninsula Hotel on Wednesday afternoon. Hanna Lau (劉向蕙), the daughter of Andy Lau (劉德華) and Carol Chu (朱麗倩), has turned one year old.

On the early afternoon of May 9, the Hong Kong paparazzi followed four black mini-vans to The Peninsula Hong Kong, located in the heart of downtown Tsim Sha Tsui. Instead of stopping by the entrance, the four mini-vans proceeded to the back of the hotel, where they entered a private parking garage. Andy, Carol, and Hanna exited out of one mini-van, while security guards came out of the other vans.

The guards escorted Andy and his family inside the hotel, where Hanna was holding his first birthday party in a banquet hall.

A reporter phoned Michael Miu that night, asking if he was invited to Hanna’s birthday party. Michael reluctantly answered, “It is better if you ask Andy himself. He has always been a private person.” Michael insisted not to respond to questions regarding Andy and his family, but admitted that Hanna’s birthday party was fun.