Andy Lau Reflects on Past 30 Years of Career 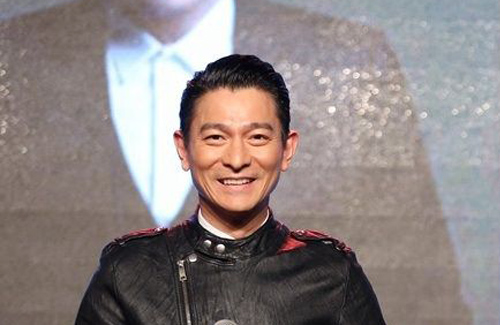 In the entertainment industry for over 30 years, 53-year-old Andy Lau (劉德華) has been a significant part of many of his fans’ lives and almost feels like a familiar old friend. Yet at the same time, few can claim to truly know him. While promoting for his latest film, Saving Mr. Wu <解救吾先生>, Andy sheds some light on his personality as he speaks about his latest film and acting career.

Compared to his contemporaries, Andy remains the most active in his career. In this year alone, there has been the release of three films he has starred in as well as a fourth small-budget film he produced. In contrast, Tony Leung (梁朝偉) is still on his break, while Chow Yun Fat (周潤發) and Aaron Kwok (郭富城) only starred in two films this year.

The film’s events are based on a true story – the kidnapping of Chinese actor Wu Ruofu (吳若甫) which took place in 2004. Sharing how he landed the role, Andy recounted, “I first noticed Ding Sheng (丁晟) [the director of Saving Mr. Wu] when I watched Police Story <警察故事>, one of the films he directed. I noticed that he was able to tell a complicated story in a logical and palatable manner. I believe that is a trait that all films should have. So I went to look for him and asked if there was an opportunity for us to work together. At the time, he was struggling to find someone to play the role of Mr. Wu. The moment he told me about the story, I decided that I had to do it. This film has helped Ruofu overcome a bit of what happened to him in the past, it would be a pity if it had not been made… I feel almost as if I was destined to get the role.”

Andy then praised Ding Sheng for his skillful cinematography, “He would use five or six cameras to simultaneously film one scene…all his shots were very carefully set up. Before we even started filming, he let me take a look at the file on Ruofu’s case. He told me that he wanted all the shots to re-enact exactly what had actually happened. I believe we have achieved about 70 to 80 percent [of the actual incident], and only the characters’ appearances are different.”

On remarks that the character of “Mr. Wu” appears to resemble Andy more than Ruofu, Andy admitted that the characterization of Mr Wu was gradually modeled after himself. “We wanted the film to be as realistic as possible, so many of the details surrounding Mr. Wu were actually details about me…This was the director’s call, and I usually tend to go along with the director’s decisions.”

There were other elements of the film which added to its realism. For instance, to film the kidnapping scenes, Andy was chained to the bed for seven days in a row with actual metal chains, and also requested that the abductors restrain him with genuine force. Also, in a scene where Mr. Wu’s abductors attempted to strangle him, Andy insisted on his co-actors to strangle him and only stop when he signaled them to do so.

Andy also spoke about his portrayal of the protagonist’s emotions, “I told the director that we should not be asking Ruofu how he felt. Instead, I made use of all available details and information regarding the case and used my imagination. I imagined how a person would feel in his most helpless moments, imagined what he would do, and so on. When it turned out that how I chose to convey Mr. Wu’s emotions fit how Ruofu himself felt at the time, my sense of satisfaction was immense.”

A scene that was particularly memorable to Andy was the one where Mr. Wu was finally rescued by the police and taken to the police station where he saw his friends who risked their lives to hand over the ransom to the abductors. Andy said, “I kept reading about that scene and thinking over and over again about how he felt at the time. Ruofu later said that he could not even remember the rescue process and completely blanked out until he saw his friends. I was so moved when I was filming that part. Both Ruofu and the director were also very moved after watching it.”

Speaking about his drive for acting, Andy said passionately, “First, I love what I do. In addition, at certain points in time, different people discovered different qualities about me. For instance, without Director Peng San Yuan (彭三源), I would not have had the chance to act as a farmer [in the film Lost and Love <失孤>]. Director Zhang Yimou (張藝謀) once told me that he believed that I could take on any role, except portray a farmer. After he watched Lost and Love recently, he admitted that he was wrong. But I told him no, perhaps he wasn’t wrong, perhaps my current self is very different from my younger self at the time he made those comments. I believe that when I’m thirty, I should be acting as thirty-year-old characters and when I’m fifty, I should act as fifty-year-old characters. For example, you wouldn’t be able to accept it if I was still playing young, post-pubescent boys. I enjoy the fact that we take on different roles at different ages.”

Reflects on Past 30 Years

In the past 30 years of Andy’s career, he has also developed a habit of helping to promote new, up-and-coming directors, such as Ding Sheng. Andy explained, “It’s all about finding successors. The film industry needs this renewal of talent, and there is a need to increase the quality of commercial films. But quality needs to be gradually cultivated and cannot be produced overnight. A director is not different from a child who takes exams – he doesn’t always pass with flying colors – but as long as he has potential, we should give him a chance and have faith in him. It’s like how everyone gave me a chance. Whether it was in singing or acting, I was given such a long time to hone my craft. You think Andy Lau really can act? That’s because I was given 30 years. So many people never had 30 years…if they were given the same period of time, they too will be able to sing well and act well. It’s all about reciprocation.”

On whether Andy had any regrets over the course of his long career, he said, “I have no regrets.”

He opined, “I think the issue of regret is all about expectations. If there is a gap between your expectations and your abilities, then you may have some regrets. I only expect myself to achieve what is within my abilities, and I know what my abilities are. For instance, in singing or acting, I have not reached that sort of [standard]. I don’t need anyone to tell me I have. It doesn’t matter. Since my expectations and abilities are quite evenly balanced, I don’t have that many regrets. The only regret I have is that I don’t have enough time.”

On whether he wished there was more time for sleep, Andy laughed and said, “Actually, it’s been good over the past ten years. But nowadays, even when I have time for sleep, I don’t feel like sleeping. I would rather spend more time with my family.”

In response to Ruofu’s comments that Andy is a “very very good man” and the public’s general perception of his perfectionism, Andy said, “Perhaps there are few sincere people around. When you treat people sincerely, even when you make mistakes, they tend to be more understanding about it…but if you spend more time with me, you will find that I also can’t control my temper sometimes. There have been occasions where I have asked the director, ‘Why are you doing this?!’ But they understood that my emotions were genuine, and they were understanding about my loss in temper.”