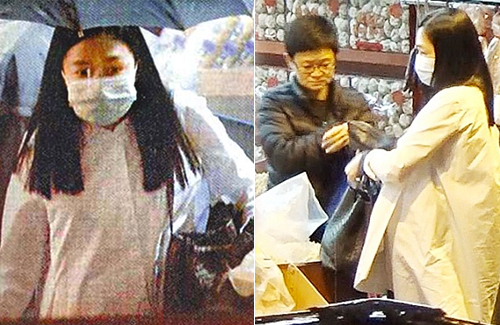 Andy Lau’s (劉德華) wife Carol Chu (朱麗倩), who will be turning 50 years old in April, is rumored to be at least four months pregnant.

The former beauty pageant star, who dated Andy for over two decades before officially tying the knot in 2008, welcomed their first child, daughter Hanna, in May 2012. Ever since Hanna’s birth, rumors have been swirling about Andy and Carol wanting to have a second child, specifically a son, but these rumors never came to fruition.

However, a news report by a gossip magazine has seemingly confirmed these rumors. Paparazzi recently tailed Carol while she was out and about shopping in the Kowloon City District with her assistant and bodyguard. Though Carol was very covered up, her protruding belly was quite noticeable. The report added that Carol may have received in-vitro fertilization treatment back in December 2015, and could possibly be four months pregnant by now.

As soon as these claims were published, reporters reached out to Andy’s representative for a confirmation. The reps did not confirm nor deny Carol’s pregnancy rumors, simply saying, “We will not comment. Thank you for the concerns.”