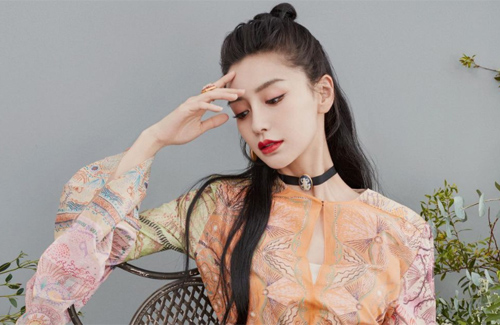 Since marrying Huang Xiaoming (黄晓明), Angelababy’s (杨颖) career has been on a steady rise, with her name becoming known across much of Asia.

The reason for their abashed reaction was later discovered – “Angelababy” is actually a moniker for nightclub performers and exotic dancers in their countries, so few would choose to use that English name.

Thereafter, Angelababy entered Hollywood and acted in Hitman: Agent 47 as well as Independence Day, which made netizens wonder what audiences at the film premieres and interviews had thought when she was introduced, with some commenting that she had “brought the shame overseas.”

The Shanghai native had arrived in Hong Kong at a young age, and managed to snag a hosting job for a local children’s program through some connections. When she realized that everyone at work were known by their English names, she decided to follow suit and gave herself the name “Baby.” Coincidentally, a new employee with the same name came in a few months later, prompting the actress to add “Angel” in front of the word to make it “Angelababy” so as to differentiate herself. According to her, this stage name meant “Angel Baby.”