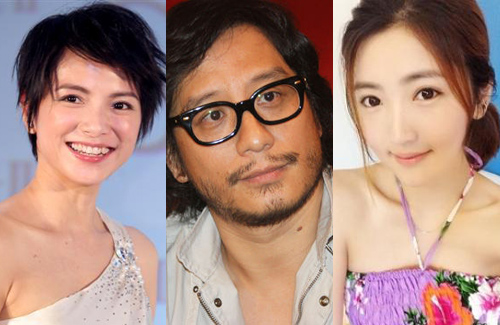 It has been a rough week for Liddy Li (李悅彤). While news of her extramarital affair with director Oxide Pang (彭順) is still fresh in the public’s mind, her tragic family history was then brought to everyone’s attention when her father, Li Duk Yun (李德仁), committed suicide by shooting himself in the mouth on June 1. Liddy rounded up a lot of public support after stories of her rough childhood surfaced. She had lacked a father figure in her life, and many believed that it was the reason why she fell for Oxide Pang, who is 22 years her senior.

Liddy was said to be unable to let go of Oxide, who had given her nothing more than love and support in the months they were together. When news of their illicit affair broke out, Oxide quickly left Hong Kong to Malaysia so he could salvage his marriage with his wife of four years, actress Angelica Lee (李心潔).

A source claiming to be a close friend of Liddy’s said Oxide’s visit to Malaysia devastated Liddy, who believed that Oxide was going to divorce Angelica. The source revealed that when Oxide and Liddy first got together, Oxide had told Liddy that he and Angelica were already living separately and was rarely intimate. At the time, Liddy believed that she was not the third party, since she truly loved him and Oxide and Angelica was already planning to get a divorce.

On June 5, it was reported that Oxide’s good friends Alan Tam (譚詠麟) and Hacken Lee (李克勤), who are currently in Malaysia for their world tour, accidentally slipped at their press conference that Oxide and Angelica have already returned to Hong Kong. Several witnesses also claimed that they saw Oxide and Angelica at the Hong Kong International Airport, and that instead of going home, the two stayed at a hotel instead.

It was said that Oxide wanted to take Angelica to Liddy so the three of them could work out their problems.