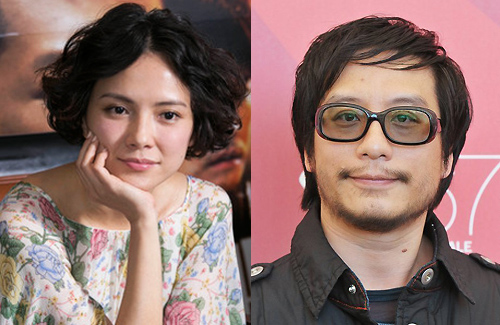 During Valentine’s Day back in February, Oxide originally told Angelica he had to attend a work trip, where in truth he was vacationing in Japan with Liddy. The recently surfaced reports deeply upset Angelica, who allegedly cried for an entire evening. An insider spilled, “She was extremely angry, and could no longer endure it. She cried the whole night and suffered from a stomach cramp. Her mood was very unstable, and so she secretly visited a psychiatrist last week.”

Oxide’s daughter, 14-year-old Yan Yan (欣欣), was upset with his father after learning of the infidelity news. Allegedly, she felt bad for both Angelica and Liddy. Not wanting Yan Yan to be further affected by the media’s reports, Angelica sent her to live temporarily with some family friends. Unhappy with Oxide’s infidelity, Yan Yan telephoned her biological mother, who resides in Thailand, to talk about the situation.

Learning of the many issues, Yan Yan’s mother suggested to Oxide that she temporarily bring their daughter to Thailand. However, Oxide was in Beijing for work and seemed reluctant about the idea, saying they should discuss it later. An insider revealed his ex-wife was rather unassertive and suggested she could also head to Malaysia and stay with Yan Yan instead, if that seemed to be better.

Although Angelica and Oxide issued a joint statement announcing that they will work out their marital problems, the couple appears to have hit a wall in their marriage since Oxide’s cheating news emerged. Angelica’s mentor, Sylvia Chang (张艾嘉), allegedly urged that she should file divorce and not let the scandal stall her acting career any longer. Angelica promised Sylvia that she will consider the situation carefully and handle it in a calm manner.

While dining with Universal International’s Daneil Lam (林小明) in Beijing last week, Oxide dodged the press’ questions over his current relations with Angelica. However, reporters noticed that he did not wear his wedding ring that night.