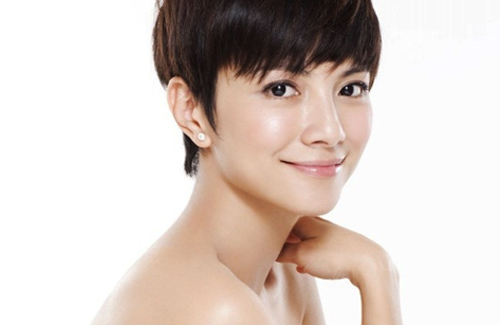 It is alleged that Ricky invited Angelica to star as the female lead in new Internet drama, Turbulence <風雲>, which is approximated to be between 20 and 30 episodes. If all goes well, filming will commence at the end of this month. Ricky reportedly paid for all of Angelica’s trip expenses to Hong Kong, including five-star accommodations and catering services. Angelica has been offered $100,000 HKD filming fee per episode. Their chance of collaboration is deemed high, and it is said that Angelica now only needs to sign the agreement.

Although HKTV was denied a free television broadcasting license by the Hong Kong government and even experienced a block in online mobile streaming, Ricky announced maintaining the company’s funds for continuous operation. By the end of this year, he plans to launch a shopping website that will play HKTV dramas at the same time.

Oxide declined to comment on Angelica’s specific work plans in Hong Kong, but admitted that the couple has returned to a state of normalcy and the need to resume their work. He did not directly answer whether Angelica has forgiven him for his infidelity, but stated the couple has intentions to stay together. He also revealed that Angelica’s stomach acid condition has lessened.

Asked whether he has remained in touch with his lover Liddy, Oxide said, “No, let’s not talk about this.”

14 comments to Angelica Lee to Star in Upcoming HKTV Drama?