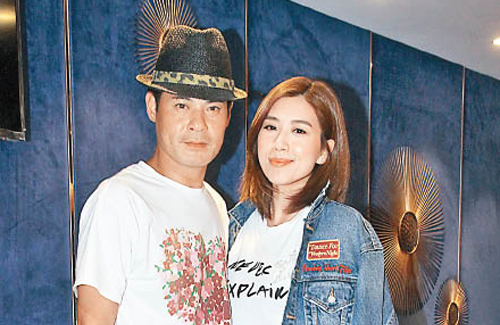 Attending a dinner event with the cast and crew to watch the premiere of the first episode, Mandy spoke about her experiences in playing a pregnant police officer. Mandy explained, “Perhaps a lot of viewers don’t think it’s possible for a pregnant woman to do physical activities such as speeding and catching criminals. Actually, I think pregnant women can be fairly quick and nimble. Although some are not as quick that doesn’t mean it’s impossible!”

Since Nothing Special Force is aired on the weekends, while two other highly promoted productions Line Walker: The Prelude <使徒行者2> and Oh My Grad <老表，畢業喇!> are broadcast during the week, Ben did not feel that his drama is at a disadvantage. He said, “The three dramas vary in genre. Our drama is a two-episode slot during the weekends; I think viewers will like it!” When prompted that viewers felt the time slot for Legal Mavericks was not ideal, Ben replied, “Then I guess it’s our turn to challenge this time slot!”

No Wedding Bells For Mandy

With regards to Myolie Wu (胡杏兒) making an announcement that one of her close friends will be getting married, Mandy denied that it was her. Mandy laughed, “I’m not getting married! I think Myolie feels that I’m a bit slow and that I’m unable to get married!” Mandy added, “We don’t have any immediate plans; we’ll just let it be!”