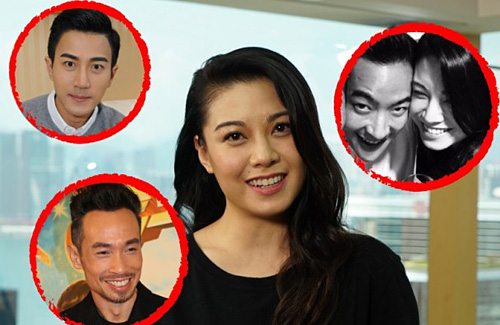 Due to Bernice Liu’s (廖碧兒) sudden return to Canada to further her education, many speculated that she had broken up with businessman, Calvin Lo (盧啟賢). However, these rumors may not hold true after all. In a recent interview, Bernice shared that the couple place heavy emphasis on communication and continues to be in a happy relationship.

During the interview, the 39-year-old actress opened up about her dating history. At the start of her career, Bernice met and began dating Hawick Lau (劉愷威) while filming Virtues of Harmony  <皆大歡喜>. The couple grew close as Hawick often helped Bernice with her Cantonese and understanding the drama script. When asked whether she felt it was a positive experience working with someone she was dating, Bernice said, “Of course it’s a good thing. My Chinese improved a lot! Filming for day and night for four years, if you ask if there will be sparks between us? Yes, of course because we are people.”

When breaking up with Moses Chan (陳豪), Bernice was branded a gold-digger who wanted to date a richer man. Bernice felt exasperated that Moses chose not to clarify that they had already broken up prior to Bernice entering another relationship at the time. Bernice said has not bumped into Moses since breaking up due to little time in Hong Kong. “Since he already has a family, I have to send my blessings to him. The most important thing is that the children are healthy.”

Perhaps scarred from multiple failed relationships, Bernice is wary about marriage and has no current plans to get married. With seven dogs to take care of also, Bernice expressed that she is not in a hurry to have children either. Instead, she is open to the idea of adopting children in the future, but may also consider freezing her eggs. On what traits she hopes for her future husband to possess, Bernice shared that her future husband must be someone that is mature and prioritizes family.