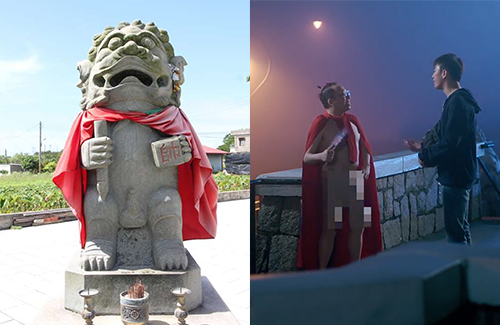 Wind Lion is the new season’s comic relief. Flamboyant and lustful, the Wind Lion spends his free time being a peeping tom. In the latest episode, he used wind to sweep up girls’ dresses, with Mandy Wong and Stephanie Ho (何雁詩) being his latest victims.

Similar to Shek Kam-dong (Hubert Wu), Wind Lion is a spirit that lives in a rock. His mission is to ward away evil spirits who bring in harm and disasters. His responsibilities include protecting homes and villages. Wind Lion statues are usually placed in front of doors or on rooftops. Also known as shisa in Japanese, Wind Lions are a huge part of Ryukyuan culture.