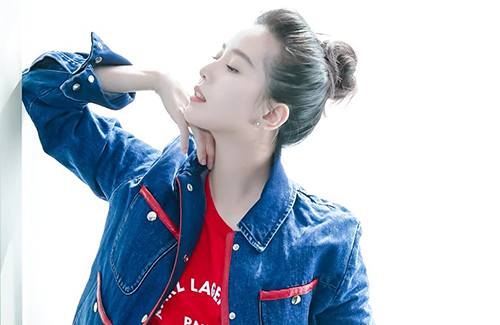 It’s been four months since Chinese actress Cecilia Liu (刘诗诗) has made a public appearance, and in an event for Omega in Shanghai, the reason appears obvious. 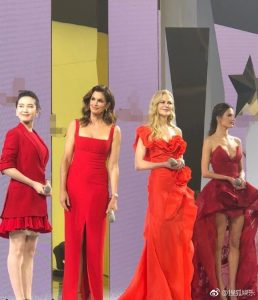 Pregnancy rumors have been swirling for months now, and according to the latest gossip, Cecilia may be three months pregnant with a set of twins. In a recent public appearance for Omega, which was also attended by model Cindy Crawford, Oscar winner Nicole Kidman, and Brazilian model Alessandra Ambrosio, Cecilia wore a short red dress and a long blazer in a way that looks like she was attempting to hide a baby bump.

Cecilia didn’t say much at the event, but professed her happiness and excitement for standing on the same stage with other global stars. “I am honored to stand on the same with these outstanding women in Shanghai,” she said. 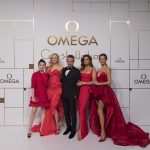 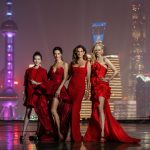 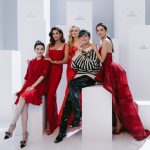