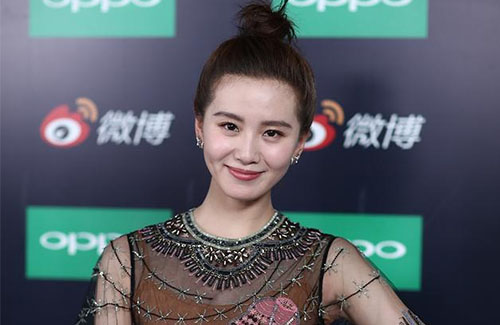 With dramas like Chinese Paladin 3 <仙剑奇侠传三>, Scarlet Heart <步步惊心>, and most recently Lost Love in Times <醉玲珑> in her resume, Cecilia Liu Shishi (刘诗诗) is what the industry likes to call “goddess of period dramas”—but her latest acting project didn’t ask for Cecilia to don the hanfu. The Liquidator <心理罪之城市之光>, which stars Deng Chao (邓超), Ethan Juan (阮經天), and directed by Bill Kong (江志強), is a crime film that follows a a serial killer case led by a criminal psychologist (Deng Chao) and a forensics fingerprint expert (Cecilia). For the film, Cecilia chopped off her long locks and had a complete change in appearance—no longer was she the same sophisticated and elegant Cecilia that we’re used to seeing on television.

“I thought it would be pretty fun to do,” said Cecilia, on why she decided on cutting her hair. “It’s something different.”

Cecilia’s own personality is actually quite like her image in The Liquidator—straightforward and boyish.

“There’s definitely a boyish side to me, especially when I’m around the people I’m close with,” said Cecilia.

Cecilia’s character in her upcoming drama If Love Like This <如果可以这样爱> is also quite similar to her own personality. If Love Like This is a modern romance based on the 2006 novel of the same name, costarring Tong Dawei (佟大为) and Jeff Bao Jianfeng (保剑锋).

“It’s definitely a different role. She’s a very straightforward person, very brave. She’s actually pretty crazy.” On what attracted Cecilia to the role, she said, “It’s her personality. There are also many relationship lines in the film, whether it’s the relationships at work or with family.”

Cecilia and her Scarlet Heart costar, Nicky Wu (吳奇隆), tied the knot in 2015. She described her marriage life thus far as “pretty good” when asked if she feels satisfied with her current lifestyle. Cecilia also doesn’t have a goal that she’s waiting to fulfill, explaining, “I’m the kind of person who takes life the way it is as it goes.”

As for starting a family with Nicky, Cecilia said their friends have been “rushing” them for years. Asking if she’s in a rush to start a family too, Cecilia said, “Not even my family are rushing me.”

TAGS: Cecilia Liu, I Love Like This, Nicky Wu, The Liquidator