Charlene Choi Rumored to Be Tying the Knot Due to Pregnancy 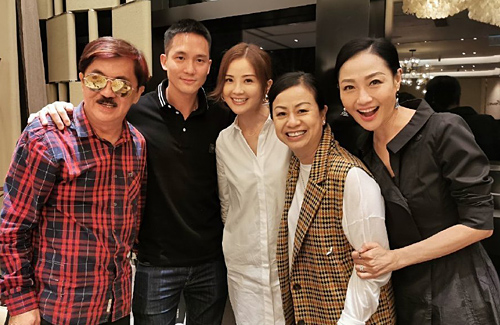 Ever since Charlene Choi (蔡卓妍) was exposed to be dating rich third generation Anthony Shek (石恆聰) in 2016, rumors of an impending marriage have surrounded the couple incessantly. After good friend and fellow Twins member, Gillian Chung (鍾欣潼), got married to Michael Lai (賴弘國) in 2018, many eagerly waited for good news from Charlene’s end. The wait, however, may soon be over.

Recently, rumors that Charlene and Anthony will be tying the knot soon surfaced once again. This time, it was reported that the couple will hold their wedding celebration in Maldives. Dating for more than two years now, the couple has already integrated into each other’s families. Charlene even brought Anthony to celebrate her father’s birthday this year.

The rumors were further fueled when reports claimed that Charlene was pregnant. Although Charlene refuted the rumors and cited her fuller figure due to weight gain, the 37-year-old star has neither taken on any new projects nor has been spotted out in public for the past two months.

In an earlier interview, Charlene did not shy away from admitting that she hopes to become a mother soon. To prepare for starting a family in the future, she revealed that she had gone through the procedure of freezing her eggs twice earlier this year. She said, “I am worried I will be too old if I get pregnant at 50 years old.”