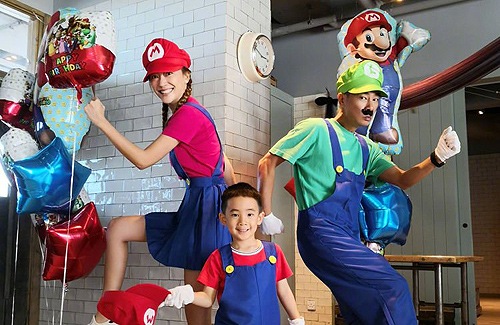 Ever the reality show Where Are We Going, Dad <爸爸去哪兒> became a major success, many television stations started up their own variations of the show, including Dad is Back <爸爸回來了>, and Super Mom <媽媽是超人>. However, China recently decided that they will be restricting the broadcast of any parent-child reality shows until further notice.

Although the 6th season of Where Are We Going, Dad was supposed to air this summer, the show eventually didn’t hit the TV screens. While there has been very limited news about the newest season, the official Weibo account of Where Are We Going, Dad posted a statement back in August stating that the broadcast time for season 6 is currently undecided. Since August, no further announcements have been made.

Similarly, Paul Wong’s (黃貫中) daughter, Debbie, was supposed to join him on another reality show, Think of a Plan, Dad! <想想辦法吧爸爸>. Although the production has completed filming, with the touching airport scene between Athena Chu (朱茵) and Debbie being one of the initial highlights of the first season, no news of the broadcast date has been announced either.

While parent-child reality shows have been all the rave in Mainland in the last couple of years, with fans eager to catch a glimpse into celebrities’ lives with their children, China’s unofficial restriction on these types of programs have put the production teams in a real pickle. Many fans voiced their disappointment, expressing that they were really looking forward to newer shows such as Think of a Plan, Dad.

TAGS: Dad Where Are We Going