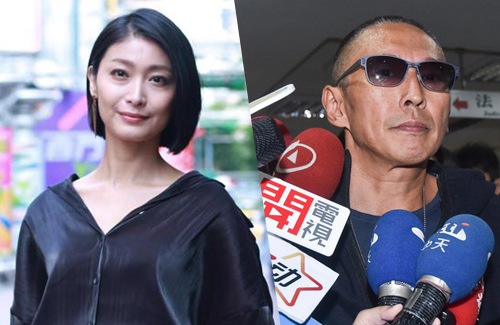 When accusations against Taiwanese director Doze Niu (鈕承澤) sexually assaulting a female crew member surfaced last December, more victims stepped forth to share their shocking experiences. After more than a decade of silence, 39-year-old actress Christine Ke (柯奐如) recently recounted details of her controversial five-hour nude scene with Doze for the film What On Earth Have I Done Wrong <情非得已之生存之道> back in 2007.  Her intent is not to portray a one-sided viewpoint as a victim, but to reveal the long-term hurt he had inflicted. She hoped that through her experience, the public could understand how sexual assault can take many forms.

Recounting how she had received an invitation phone call from Doze in 2007, she was initially excited about the project. However, after meeting the crew, there were no further discussions on filming details for the bed scene, other than a generic consensus on the camera’s zooming in on her back. “I didn’t dare to ask further, thinking that (he) is so experienced, everything should turn out okay and I should just go with his (direction).”

At the scene of filming, Christine merely wore nipple tape in order to ensure the best visual footage, while Doze (who is both the director and male lead) had only a condom on, and told the actress that he would not penetrate her. “I believed he wanted to put me at ease, but there was no need for this,” said Christine.

Christine went through the filming as asked, without protest. During her shower back at home, memories of the past few hours came rushing back. “My overly intimate tactile contact with (him), the (heat), emotions and the memories hit me full force,” Momentarily, the actress felt herself feeling “very filthy, and desperately wanting to wash away the related memories and tactile sensations”.

“I was shivering, and I didn’t know how to articulate clearly what happened during the filming process to my boyfriend, (the one) closest to me. I didn’t know how to help myself feel better,” Christine revealed that the only “resolution” she could think of that night was to ask her boyfriend to have intercourse with her and erase memories of her physical contact with Doze.

Christine mentioned that during post-production editing, the team intentionally “hung up” curtains and the released cut censored any graphic details. While she felt grateful for this, she also wondered why she had to sacrifice so much during the filming process if what ensued would be censored anyway. She felt a second psychological hurt.

As Doze was both the director and male lead, at times during filming when Christine felt uncomfortable, she did not dare to protest. She said, “As an actress, I could not ask to stop. At the scene, there were no one else, I felt powerless.” Although Doze had repeatedly apologized after that, he also told her, ‘We should have a seminar on how to film bed scenes.’ I couldn’t believe my ears, I felt almost delusional.”

After the episode, when Christine saw Doze during events, she could only walk away to avoid him, feeling shameful and illogically that “I was the one who did something wrong.”

Regrets How She Had Handled Situation

If she could turn back time, Christine wished that she had discussed in detail how the bed scene would have been filmed. She wondered, “Could he really have achieved the desired footage with this reckless method of filming?” Finding words to express what transpired, she found these to be most fitting, “I had not been protected by the very party who should have protected me, instead I was hurt (by him).”