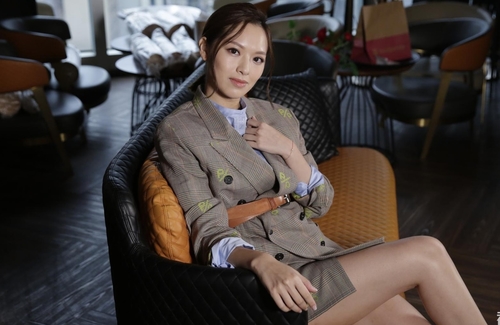 A full-time entertainer for four years now, Crystal Fung (馮盈盈) has been awarded many opportunities, from acting to hosting. Though she received criticisms for her acting skills and speaking out of line sometimes, TVB continues to push her to the top. She even cut a birthday cake with Virginia Lok (樂易玲) in June, proving Virginia’s favoritism for this young actress. In an interview, she reflects on her time in the industry and shares that acting has trained her EQ immensely. 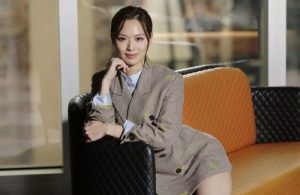 Having received backlash for her poor acting skills and lazy pronunciation, Cyrstal has been trying to get rid of her weaknesses. Not only is she attending speech therapy sessions to improve her speaking, but she is also attending Lawrence Cheng‘s (郑丹瑞) acting class to improve her art. She said, “Acting is very subjective. It is hard to have everyone agree with you. From the beginning, I never thought that I would get approvals from everyone. I just wanted to get more recognition, which is why I worked hard.”

She continued to share that the acting training is done through videos, and sometimes that can interfere with her filming schedule, so she will purposely wake up early or stay up late to complete her work. She said, “The course is not forceful, and no one will come after you even if you quit, but it is about being responsible for yourself because you actually want to improve.”

Dealing with Her Image

Aside from the harsh feedback regarding her acting, Crystal has also been labeled as an “MK (Mong Kong) mui” and a partygoer ever since she won Miss Hong Kong 2016. When asked if that upsets her, she said, “From the beginning, people probably noticed me more because of my novelty. Till now, people are still noticing me because they want to see if I changed. I won’t change myself to be more ladylike just because people are losing interest in me. I want them to see the real me.” 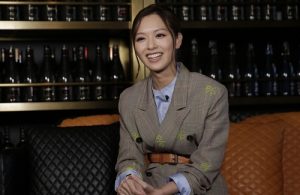 Maintaining her straightforward personality in the variety show Young and Restless < #後生仔傾吓偈>, Crystal has been excelling as a talk show host, which she said differs greatly from being an actress. For one, it takes time and perseverance to stay in character and complete a drama, and she does get anxious if her work has not been aired. “I now know that I can’t rush it,” Crystal expressed. “If all of my works come out in such a short period at the same time, people will be confused. I trust that if I do my best, people will notice.”

She added, “Even though people think I am very cheerful, I used to isolate myself. In the past, after filming my first dramas, I would go home and cry. Every time I think I could have done better, I would feel puzzled. Now, I can share openly with my friends.”

With this matured mindset, she is anticipating what viewers will think of her performance in her upcoming dramas, Sinister Beings <逆天奇案> and AI Lover <智能愛(AI)人>.

Her Parents Support Her

Though she is serious about her work, the media is more interested in her personal life. Last year, Cyrstal made headlines when she broke up with her ex-boyfriend, Dr. Martin Chung (鍾文浩), and rented a new place to live independently instead of moving in with her parents in their new place. She said they didn’t have enough room for her, as even the living room was occupied by the family’s two dogs.

Though Crystal thought it was time for her to be independent and learn how to manage her own home, her parents did not want her to live alone. “Even if they are worried, they won’t ask directly, and instead, they will take action,” she said. “They told me to go look at a three-room apartment with them even though neither their lease nor mine expired yet. There was no need for an explanation because we understand each other. It is very heart-warming, but I am also sorry for making them worry.”

Crystal added, “It is weird that people are very focused on me like where I live, my rent, and also which places I have toured. I wonder why I am so newsworthy to the public?” she shared.

No News is Bad News 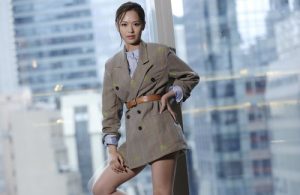 After discussing with her friends, she learned that it means she has news value. She believes it is a good thing, especially for an actress. She lives by the mentality that no news is bad news, so she laughs along whenever she is embroiled in the negative press nowadays.

Not lingering on the negativity, she is working on her next goal after achieving her childhood dream of winning Miss Hong Kong. She said, “I am very driven, so I want to be a versatile artist because I like challenging non-mainstream things. I want to try singing and become a singer.”

In the past, she has shown her horrible singing in Young and Restless, but she believes that is a challenge she is willing to try to become an all-around artist.