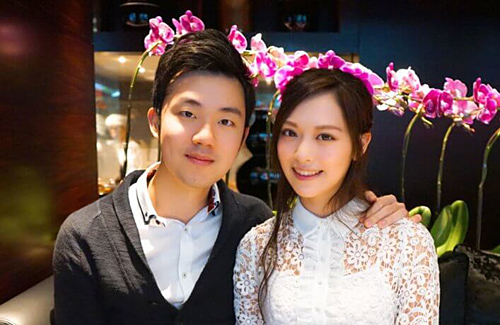 Crystal tells her boyfriend all the details of her scenes with male co-stars to put his mind at ease.

Since airing, TVB variety program Young and Restless <後生仔傾吓偈> has been popular among youthful viewers, with Crystal Fung’s (馮盈盈) straightforward talk and occasional sexual puns reinforcing her “down-to-earth goddess” image. Working in the entertainment industry has not affected the relationship with her doctor boyfriend Martin of three years.

“Before entering the industry, everyone was worried about the temptations and lack of security. So after entering the industry, I promised him I would not save my male co-stars’ numbers and not have interactions with them, so he would feel safe. But after that I realized it is of no use, and decided to bring him along to events and introduce him to everyone. They would be clear about our relationship, and no one would get close to me, so as to give him peace-of-mind,” shared Crystal.

Kissing Not Allowed, But Bed Scenes are Okay? 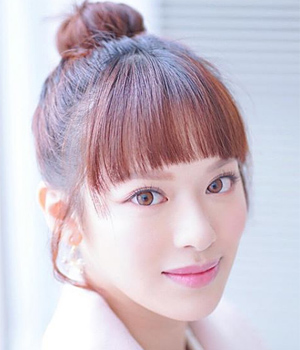 Although Crystal tried her best to stay away from rumors, communication is still inevitable while filming with male co-stars. “Sometimes, before I even know what my character is like, my boyfriend would ask me sternly if there are many romantic and intimate scenes. He doesn’t mind me doing bed scenes, but forbids real kissing. He explained from a medical point of view: many sensitive nerves are located in the lip region, which will activate the emotional areas of the brain. Conversely, bed scenes on television [have their censorship limitations].” Nonetheless, Crystal felt her boyfriend’s point of view was hard to understand.

The turning point for Crystal was the drama Big White Duel <白色強人>, where her character has intimate scenes with Matthew Ho (何廣沛). “Luckily my boyfriend had witnessed my growth [as an artiste], and understood how I had to be professional. He finally gave in and only requested that I report with clear details such as: ‘how many times we kissed’; ‘how we kissed’; and ‘was there any exchange of bodily fluids’. As long as I made all these clear, it was okay for him. On the last day of filming, even though I was sleep-deprived, I reported the details to him.

“I know everyone may find his behavior hilarious. As I see it, I’ll need to make him feel at peace and not put work above everything and request him to accept all these.” Crystal added that she would proactively care for Martin’s feelings and make him feel at peace, as a way to keep their relationship strong.

The 24-year-old actress is heavily promoted by TVB and wants to put career first, but Martin is ready for marriage anytime and even claims to be Crystal’s “husband”. Martin said he is only waiting for Crystal to be ready, a response that thrills her.

Since Crystal is regarded as a goddess by the public, netizens tend to be critical about her boyfriend. However, Martin is wholly unfazed by the negative attention. “He feels that he is already Crystal Fung’s husband, so netizens’ criticisms of her ‘boyfriend’ have nothing to do with him!”