Danny Hung Gave Up An Engineering Career for TVB 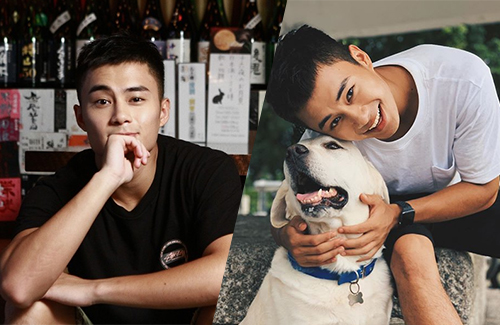 Graduating with a degree in architectural engineering, Danny Hung (孔德賢) had a promising professional career ahead of him. But on his last year of university, the 22-year-old decided to let that career go to pursue another dream—a career of entertainment.

At only 22 years old, Danny still has his entire life ahead of him, which was precisely why he has decided on a different career path. “Becoming an artiste was never something I had thought about. It really wasn’t until a friend recommended me to audition for Young and Restless <後生仔偈下傾> when I really started to enjoy this industry.” 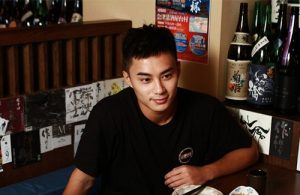 Danny auditioned for TVB’s Young and Restless while he was still in his last year of university. He spent his final year in work mode, balancing both school and career. On why he decided to pursue a career in entertainment, Danny explained, “Once an engineer, always an engineer, even after you retire. But when you work in the circle, you get to try out many different roles. I’m still young, so there are still many things I can try out. I’m grateful and happy that I get to have the time to pursue these opportunities. Even if the road ahead is rocky, I can always start again.”

The media has compared Danny to Him Law (羅仲謙) when he first debuted. Both known for their good looks, did Danny already have a fanbase when he was in school? He laughed and said, “Definitely not, but I can see why people think I’m cool.” Danny suggested that his Gemini traits—being adaptable and flexible—makes him a pretty “crazy” person.

“I remember on my birthday, I was thrown into a garbage can, drenched with soy sauce, and had eggs thrown at me, and I was still completely fine with that. But I can also get really quiet. (People could easily mistaken you as being arrogant.) I understand, and it’s hard for me to change that. They would probably think I’m trying to be cool, but those who are close to me will know that I’m not like that.” 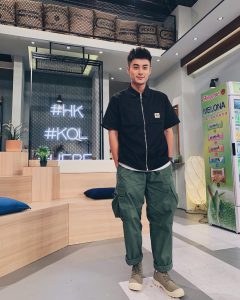 Danny said he aspires to be like his idols, Raymond Lam (林峯) and Pakho Chau (周柏豪), as he grew up watching their dramas and listening to their music. Asking Danny if he would like to become an idol as well, he said, “It’s not something I’ve been thinking about. Rather than being an idol, I just hope that I’ll become a person who can set good examples for the younger generation. I don’t want them to go down a wrong path.”

Of all the rookie stars who have debuted with him, Danny is by far the most popular one. He admitted, “There’s always going to be comparisons no matter what, but it’s important for me to not be arrogant about it. We’re all very understanding of each other. It’s going to be a hard life if you’re always trying to compare who’s better. A senior once told me that talented people never consider themselves talented. I think this is an important mindset to keep. You have to keep on learning.”

To become an artist, not only did Danny sacrifice money, he also sacrificed friends.

“This job completely overcame me,” he said. “Whenever my friends would call me to hang out, I could never be available for them. After a few more times, they’ll just stop contacting you completely. At my very first part-time job, I got really close with my colleagues. One of them recently proposed and invited a bunch of friends. I didn’t know about it until I saw it on social media. I actually don’t even know if they’ll invite me to their wedding.”