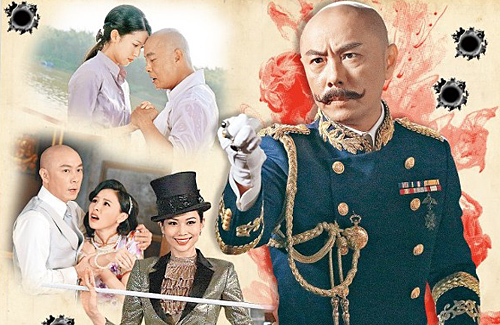 Returning to film for TVB after more than 20 years, Dicky Cheung (張衛健) will be leading a group of new actresses in the upcoming drama, The Learning Curve of a Warlord <大帥哥>. In the drama, Dicky will have three wives, portrayed by Sisley Choi (蔡思貝), Vivien Yeo (楊秀惠), and Zoie Tam (譚凱琪) respectively.

Dicky is known for adding his own flair to every drama, and this one is no different. Producer Tsui Ching Hong (徐正康) revealed, “We talked about it. Everyone collaborated very well. His acting style, coupled with the new generations’ acting approach, created new sparks. The romantic scenes were done well. On the surface, it feels that Dicky is nonchalant about his relationships, but deep down, he is actually a man with deep feelings.”

The plot focuses on Dicky and his household antics. He successfully promoted from a soldier to a rich and powerful warlord, and eventually took in three wives. Each of his wives has their own motives, but are eventually touched by his sincere love.

Vivien portrays a singer who was gifted to Dicky by her own husband. With such a sad fate, Vivien’s character is extremely complex with layered emotions. Zoie portrays a Japanese spy. While outwardly feminine and sophisticated, she is actually very calculating and manipulative. Sisley’s motive for marrying Dicky is to get close to him and find an opportunity to kill him. However, she develops real feelings for him.

On filming with a seasoned actor such as Dicky, Sisley said, “His ability to upgrade and flawlessly improve the script is incredible. He can flip a scene over and over again until it’s just amazing. He is very creative and can easily dissect a script.”

Zoie also praised Dicky’s ability to memorize his lines. “He could go through pages of script without any outtakes. He also gave us a lot of tips and pointers during filming. We often practice our lines together.”

Describing the characteristics of his three wives, Dicky reflected, “Vivien is like the spider demon. She is a sultry singer, but deep down, she is soft and fragile and needs someone to love and protect her. Her character represents a lot of current generation girls’ attitude. Sisley is a rose with thorns. She will not purposely try to please me. Zoie is a two-faced person with a personality that is hard to understand. There is a bed scene with all three of my wives, but we did not cross any lines. We were very careful about it.” 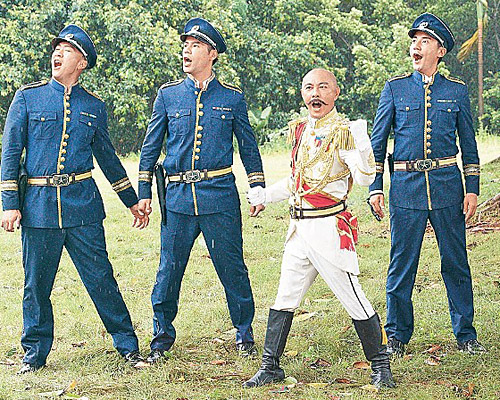