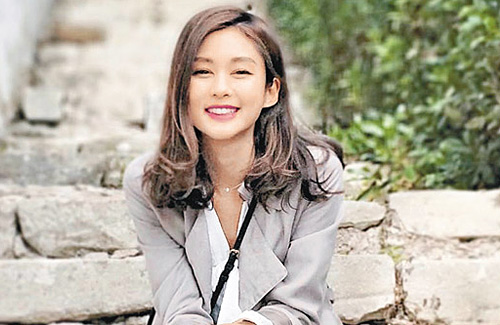 TVB actress Eliza Sam (岑麗香) opted not to renew her contract after it expired this month. Currently in Canada to rest, the 33-year-old actress said, “I’m currently on a break with my family, to regain my optimal health. I’ll work hard again after my break; I’ll see everyone then!”

Winning Miss Chinese International 2010, Eliza signed with TVB and won over viewers with her cheerful personality. Although Chinese was a struggle for the Canadian native, Eliza continued to work hard over the last eight years in her acting.

However, there were signs that Eliza may be burnt out and desiring a change. She dropped significant weight in the last three years, but continued to say that dieting and exercise were the reasons behind her skinny frame. In 2016, Eliza got married and her husband, Joshua, relocated to Hong Kong so she can continue her TVB job. While Eliza appeared to balance her job and marriage well, she eventually decided that it was time to leave TVB.

Announcing her official departure from TVB through Instagram today, Eliza wrote: “I still remember the first time I entered TVB when competing in Miss Chinese International. I can’t believe so many years have come and gone and that our contract is now finished. Words can’t fully express the gratitude, respect, and appreciation that I have for my TVB family in my heart.”

Eliza thanked Virginia Lok (樂易玲), Catherine Tsang (曾勵珍), Sandy Yue (余詠珊), and many TVB managers and producers for their trust in her as an actress and their support. “Without your protection, patience, guidance, encouragement, and teaching there would not be the Princess Heung Heung that the audience knows today. Thanks everyone for being there during each step of my growth. As a proud TVB daughter, I carry a heart of not wanting to let go and forever thankfulness as I take the next step into the future.”