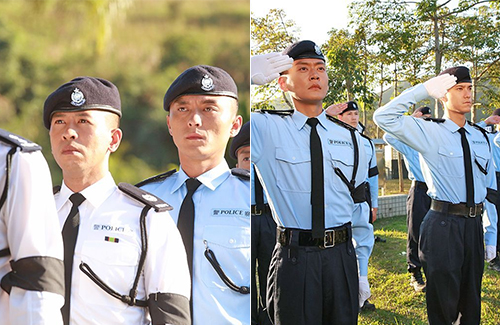 For years, Him Jai (Sebastian So) had blamed Man Sir (Eddie Kwan) for being the reason behind his mother running away from home, but before he could make it up to his father, Man Sir gets killed in a bomb planted by Sung Tin-kei (Jack Hui).

Hill (Owen Cheung) tries to help Sun Jai (Sisley Choi) in overcoming the guilt she has been suffering since the death of her older brother, but Sun Jai gets defensive, telling Hill that he has no right to lecture her when he is unable to handle his own family affairs. This puts a thorn in their friendship. After reflection, Sun Jai realizes that she had been too harsh on Hill and apologizes to him. They reminisce the days when they were studying and training to be ASU officers. 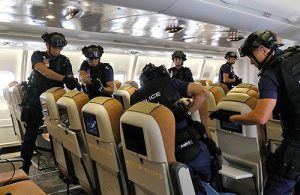 Yan (Snow Suen) is diagnosed with lupus, and her physician recommends her to not get pregnant. Heartbroken, she pretends to have fallen in love with someone else and sends Cesar divorce papers.

Nana (Roxanne Tong) is offered a lucrative overseas job by her superior, which requires her to leave Hong Kong for two years. Hill urges Nana to take up the job. Feeling that she isn’t being valued, she breaks up with Hill. Though Sun Jai encourages Nana to give Hill a second chance, Nana already knows that Sun Jai’s feelings toward Hill is more than just friendship.

Meanwhile, Cesar (Hugo Wong) finds a link between Sung Tin-kei and Hill’s friend, Arfan (Chan Sze-kan). Cesar warns Hill to be careful of Arfan, but Hill dismisses him. It wasn’t long before Hill soon realizes Arfan’s betrayal—while escorting an international criminal through the airport, Arfan threatens the airport with a bomb and asks Hill to release the man. Sung Tin-kei and his team of bandits intend to threaten the First Lady of a small European country, but his team ends up being captured. As Arfan’s bomb is about to explode, Sun Jai attempts to dispose the bomb. Hill refuses to leave her side. Sung Tin-kei manages to escape and holds Easy as hostage.

After the bomb is successfully disposed, Hill rushes to save Easy from Sung Tin-kei. Easy escapes in a rough brawl. Easy catches up to Sung Tin-kei and tries to convince him to turn himself in. Sung Tin-kei suddenly pulls out a gun and shoots it in Easy’s direction….

Sun Jai confesses to Hill that she likes him. He doesn’t take it seriously. Keung and San (Winky Lai) get married, and at their wedding, Hill meets Nana again.

Cesar finally agrees to a divorce, and encourages Yan to follow her dreams. The two officially separate, but on his way leaving Hong Kong, he bumps into Yan, and sees that she is still wearing their wedding ring.