Felix Wong Defends Choice to Ignore Father: “I Am At Peace With My Conscience” 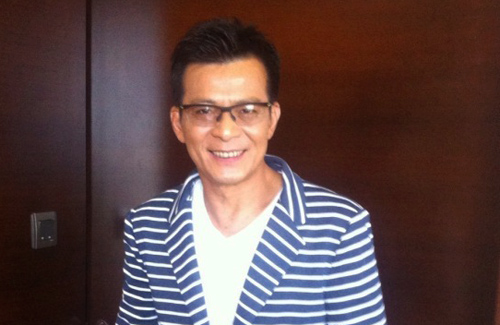 Felix Wong (黃日華) spoke out for the very first time since his elderly father’s dire situation came to light. The actor admits to an estranged relationship though declined to reveal the details. Believing that his latest controversy hides an ill-intended agenda, he attributes his father’s condition to bad karma, and emphasized that his family issues are far more complex than they seem.

When his stepmother publicly decried his absence by his ill father’s bedside, Felix was criticized by some for his unfilial behavior. He remained silent despite the local media’s one-sided reporting, seemingly unwilling to address the issue. His daughter Adrian Wong (黃芷晴) later provided a statement, saying that Felix has been working in China and will speak to the press soon.

On February 26, he was spotted at a soccer practice with the All Star Sports Association. Looking tired but calm, Felix noted that he has always kept personal matters private and will continue to do so. Asked about his father’s hospital stay and the subsequent media exposure, he feels that it is a setup and questions the timing of the reports. “I feel that the whole thing was planned! Why now? Why did these news surface just as my wife became ill?”

Although Felix does not want to dig deeper into his personal issue, he admits that he has a strained family relationship and feels justified in his inaction. “I have already mentioned in past interviews that I have a poor relationship with my family. I have always been very independent, so I am at peace with my conscience.” He remains vague about the circumstances behind the conflict, summing it all up with the concept of karma. “I feel like it is similar to a saying in Buddhism, ‘as you sow, so shall you reap’! If you perform good deeds, you will never receive bad karma!”

While Felix did not confirm whether he will visit his father at all, he shared that he has been in touch with his elder sister, and that relatives are currently handling the matter. He added that the issues are very complicated, and is confident that the truth will be unveiled in due time.

105 comments to Felix Wong Defends Choice to Ignore Father: “I Am At Peace With My Conscience”