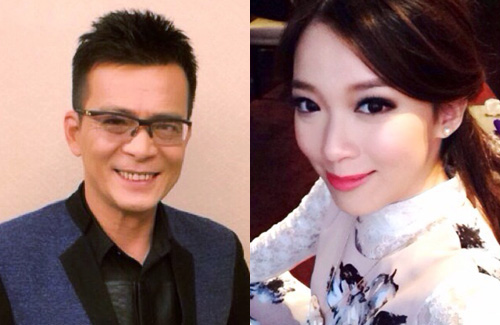 Above: Felix Wong and daughter, Adrian Wong, respond over the Wong’s family situation.

Felix Wong (黃日華) made one final clarification about the rumors surrounding his estranged relationship with his 84-year-old father, who has fallen extremely ill and is hospitalized. Earlier, Felix’s poor relationship with his father and stepmother came to the public’s attention when a man claiming to be Felix’s uncle from his mother’s side spilled to the press that his father was hospitalized. Felix did not visit his father, and opted to ignore the situation, which drew criticism that he is an unfilial son.

Some of the rumors alleged that Felix was in a difficult financial condition and had to raise money to pay for his wife Leung Kit Wah’s (梁潔華) medical bills, who was earlier hospitalized for scurvy. Felix said, “There is a limit to my tolerance. My wife’s insurance pays for her medical bills. My work schedule has been arranged beforehand. I didn’t need to raise any money. My financial condition is great.”

Felix also clarified that his relationship with his parents were never good, but said he had already paid his duties as their son. “I’ve done my responsibility. I don’t want to talk about the details of my private life. There is a limit to my tolerance.” Despite his insistence to protect the privacy of his family, Felix will not hold back in speaking the truth if it must be done, “If the other party continues to make statements as if they’re true, then I will spill everything. My whole family will support me!”

As for his current relationship with his father and stepmother, he said, “We’re all living our own splendid lives! Don’t want to involve anyone.”

Felix’s daughter, actress Adrian Wong (黃芷晴) was asked for her thoughts about her father and grandfather. She has discussed about the matter with Felix in detail and made the following three statements – firstly, the man who disclosed the relationship to the press could not be Felix’s uncle as claimed, because there is no such person in their family.  Secondly, she dismissed the rumors claiming that her father forked out the money to pay for her mother’s private hospital bills but not for her grandfather, clarifying that since her mother is an insurance broker, she has her own insurance to pay for her medical needs. Thirdly, Adrian said she supports her father and maintains that he is a very filial son.

In regards to her father’s estranged stepmother, Adrian said, “She already met my grandfather five to six years ago when I was still in high school. After they decided to form their own new family, my grandfather and I grew distant. I only met Ms. Lau once or twice. We’re not that familiar with each other, but there are many things she has said that are false. My dad has done what was needed to be done for a son. He consistently sends money to my grandfather. The house my grandfather is living in now is also purchased by my dad. It is not just us who have chosen to ignore my grandfather, but my aunt and other relatives also refuse to visit him. There must be a reason for that.”

Adrian added that she used to be considerably close to her grandfather when she was younger, but if Ms. Lau had not entered his life, Adrian believed that their relationship would have been better.