Flora Chan to Become a Teacher If All Else Fails 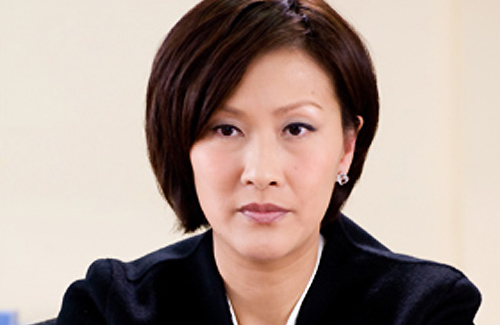 Currently pursuing a Masters degree at Hong Kong University, Flora also needs to spend time making sure her daughter receives a good education. Although facing financial pressure, she insisted on sending her daughter to an international school, paying nearly $10,000 HKD each month. The family is dependent upon Flora, as Mike remains home unemployed, occasionally playing cards with some friends since his company went bankrupt in 2012.

An insider revealed that Flora greatly angered producer Tommy Leung (梁家樹) and TVB management executive, Virginia Lok (樂易玲), by suddenly dropping out of filming for Triumph in the Skies 2 <衝上雲霄II> last year. “Everything was all set. We even tried our best to accommodate her so she can take care of her daughter. All of a sudden, she rejected us saying the drama requires her to fly away constantly, and she can’t stay with her daughter. Tommy and Ms. Lok are very angry. They made it clear that they will not be using her in a while.”

Flora then contacted other TVB producers for filming opportunities. Earlier, producer Joe Chan (陳維冠) reportedly had a role available for her in his new drama, Aerobic Girls. However, an insider revealed that Ms. Lok was highly against the decision. She does not like the idea of accommodating Flora to take care of her daughter.

“She thinks Flora’s acting skills went downhill in 2009’s Suspects in Love <搜下留情>. The drama’s viewership ratings were not the best either,” the insider said. Furthermore, Flora has not confirmed filming Aerobic Girls herself, and there is a high chance she will not end up with the role.

If her career is unsuccessful in the entertainment industry, Flora revealed that she would return to the United States and become a teacher, since she is interested in entering the field of education.