The broadcast of action drama Death by Zero <殺手> led many to believe that TVB is slowly starting to “unfreeze” TV Queen Ali Lee (李佳芯) after her political controversy cost her four dramas. However, it became clear that the station is still reluctant to cast her in upcoming projects, as she was also allegedly dropped from the newly announced series, Children’s Hospital <兒童醫院>. This caused curious netizens to question whether her screen time was cut down in Death by Zero due to her frozen status even though she plays the female lead. In an interview, producer Joe Chan (陳維冠) assured viewers that he did not adjust Ali’s screen time.

“I handed the drama to the company after all the editing. They decide on when to release on the drama, so I don’t have any say on that matter,” he expressed. “We didn’t cut any of her scenes, so Ali is still the female lead.”

Portraying a silly, bubbly housewife, Ali displayed a refreshing side of herself to the audience. No longer having to show off her beauty this time around, the producer explained his reason for casting Ali in this role is because “she always plays confident professional roles, so it’s getting boring!”

Katy Kung (龔嘉欣) Cried After the Producer Yelled at Her 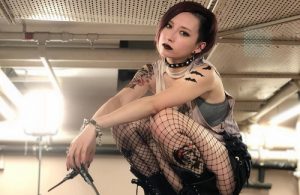 Aside from Ali, Katy also received a unique role that was unlike anything that she’s played in the past. Although the 30-year-old is garnering a lot of attention for her drastic transformation and ferocious character portrayal, there were moments when she had trouble pulling off the character, especially with the difficult action scenes.

Since it was hard to imagine that Katy could behave violently and aggressively, Joe was very strict on her from the beginning and required her to undergo martial arts training three months before filming commenced. He shared that there was one time when Katy could not express his desired emotions even though the sun was about to set. “She couldn’t do it for so long, and even talked back to me. I yelled at her, and she cried after many NGs,” he said. 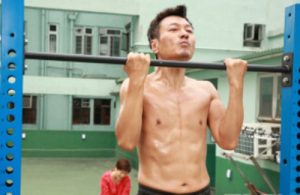 He continued, “In the entire drama, Wayne Lai (黎耀祥) and Katy had the most action scenes, but they tried not to rely on stand-ins too much by doing most of the scenes themselves. Wayne also trained hard for the drama and got really fit for the role with his six-pack abs.”

Despite his age, 56-year-old TV King Wayne proved to everyone that he still got the skills. The producer praised that Wayne pushed his limits and executed all the scenes perfectly. 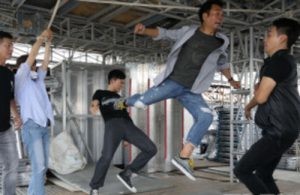