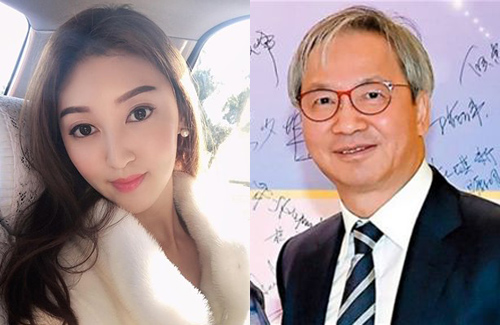 Born in Beijing and graduating from Hong Kong University’s Law School, Katherine entered the entertainment industry. Shortly after, she met 67-year-old Wu Zicheng at an event for his company and they dated for three years before tying the knot.

Mr. Wu got his start as a dealer at a casino. Afterwards, he became the CEO for Macauslot which is a company under the wing of Macau’s Gambling King: Stanley Ho (何鴻燊). Mr. Wu owns 3 percent shares of the company and is estimated to be worth $3 billion HKD. When he was dating Katherine, he lavished her with diamond necklaces and bought a $18 million HKD house in her name. 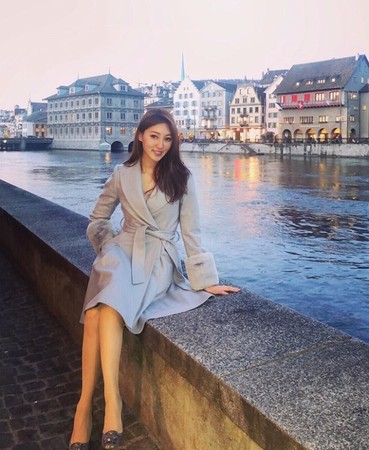 Unfortunately their marriage was short-lived and has now come to an end after nine months. Katherine made the sudden announcement today on Instagram, “We have decided to separate on good terms and  that we will continue to be good friends. Thank you for everyone’s support and we wish each other the best.”

Contacted by the press shortly after, Katherine confirmed that this was the truth but refused to elaborate on the reason for their separation. She stated that she was feeling fine and was not unhappy.

Netizens wonder if they have been separated for a while as Katherine has been posting many photos of herself travelling alone in exotic countries on social media. Even on her birthday, there were no pictures of a celebration with her husband. Now that they have decided to divorce, many are curious how much Katherine will get in alimony.