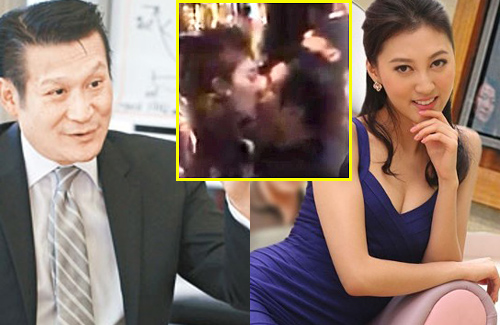 Former Miss Hong Kong 2014 second runner-up, Katherine Ho (何艷娟), announced her divorce from 67-year-old millionaire Wu Zicheng (吳志誠) yesterday. Since their marriage only lasted nine months, many were left scratching their heads why the couple separated so suddenly, especially since they had dated three years before tying the knot. It turns out that one day before Katherine’s divorce announcement, the Deep in the Realm of Conscience <宮心計2：深宮計> actress was photographed kissing billionaire Anson Chan (陳燿璋).

At a party in the Lan Kwai Fong district, Katherine was sighted dancing with 50-year-old Anson Chan, who kissed her several times throughout the night. Katherine enjoyed the intimacy and snuggled closer to him.

Although the press reached out to Anson and Katherine, both failed to return calls. 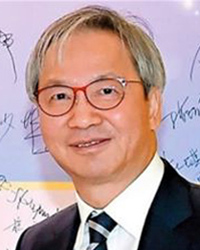 With speculations arising that Katherine’s marriage may have ended due to her involvement with Anson, other reports surfaced claiming that she had wanted to have three children with ex-husband, Wu Zicheng. Due to their 40-year age gap, the elderly Mr. Wu didn’t want any children. After many fights, the couple finally separated.

Trying to put to rest any controversies, Katherine’s message on Instagram stated that her divorce decision was reached peacefully, “We have decided to separate on good terms and will continue to be good friends.”