Gigi Lai’s Wheelchair-Bound Brother Miraculously Stands on His Own 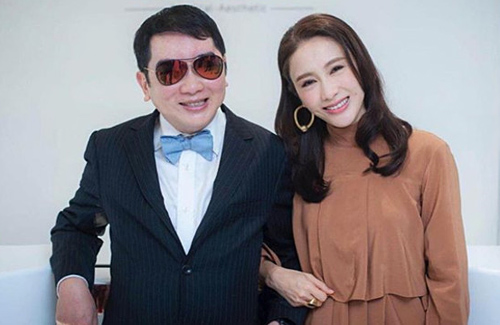 Gigi Lai’s (黎姿) wish has come true! Eleven years after her younger brother, Stephen Lai’s (黎英) near-fatal car accident rendered him paralyzed he is finally able to stand up without using a cane. The siblings commemorated the moment with a photo posing in front of CosMax, their cosmetic business, and uploaded the photo onto Instagram.

In 2014, Gigi had expressed her desire for her brother to stand up and greet the public. After years of treatment and rehabilitation, on October 24, she happily announced, “Today my brother is able to stand up to meet you all. I am really, really, really touched. His perseverance is the driving force for my continuous improvement; I will continue to fight on.”

Indeed, she has been tackling hurdles in life since she debuted in the entertainment industry more than 20 years ago. At 14 years old, she entered showbiz to provide for her family, even paying for her brother’s medical school tuition, allowing him to graduate. However, she did not expect Stephen to end up in a car accident in 2007. He was unconscious for three months and almost became a vegetative person. Thankfully, Stephen was able to survive, but he was paralyzed.

Thus, Gigi announced her retirement from acting in 2008 to focus on her brother and his business, CosMax. Just last year, the boss lady took the company public. “It’s not easy to keep going: CosMax started off as one shop, then opened up in Central and Tsim Sha Tsui,” the former actress wrote in a social media post. “With the expansion of the Causeway Bay store, this year the company renovated a total of 18,000-square-feet of space, and started a new journey.”

However, it hasn’t always been a smooth-sailing road for the CEO. In addition to succeeding Stephen’s business and caring for him, she also carries the duty of Mrs. Ma. In 2008, she married wealthy businessman Patrick Ma (馬廷強) and eventually gave birth to three daughters. Her time is divided between the company and her family.

“Every time I feel tired, I would feel a powerful force behind me supporting me and encouraging me,” Gigi shared. “My brother has fought for his life for over 10 years. Although he has lost the ability to move around freely, he still has a firm will, positive attitude, and infinite love for life. Every time I encounter challenges in my work, his unshakable spirit reignites my passion for work, the medical beauty industry, and life.” 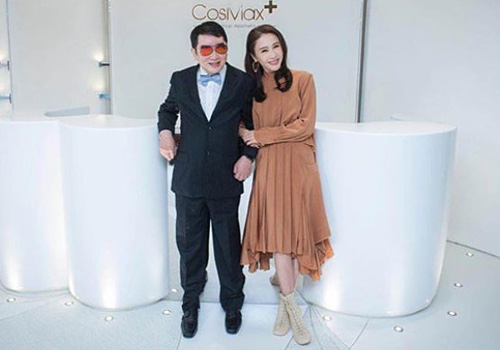