Grace Wong Hits the Gym to Get Stronger for “Chinatown” 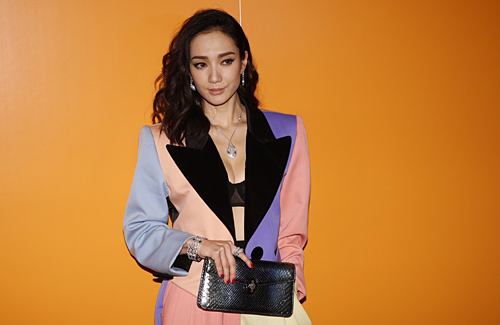 Grace Wong (王君馨) was invited as a guest to a luxury Italian jewelry brand party last night. She indicated that she does not wear jewelry often, “I usually only wear jewelry if I need to pair it with a certain makeup look or outfit. The one piece I do wear the most is my wedding ring.”

Chatting about her new TVB drama Chinatown <唐人街>, Grace spoke about the physical demands for her role. The fight scenes are directed by martial arts director Philip Kwok (郭追), who designed intricate scenes for each actor. Grace stated that her fight scenes will be largely focused on leg movements and she has been training hard at the Tan Tui style of martial arts.

“My body is quite flexible and my movements look too gentle. I need to train to have power in my waist! Even during my breaks; I head to the gym. I have fight scenes with every actor in the drama so it’s hard to avoid little scrapes and bruises. As Philip Ng (伍允龍) said, ‘If it doesn’t hurt, it won’t look real!’ So even if it hurts, I will power through!”