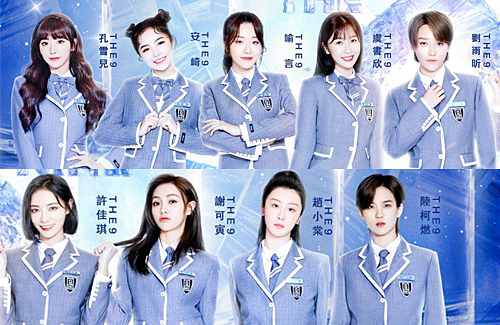 Liu Yuxi wins the most number of popular votes.

It came down to a total of 20 contestants in the final showdown, with the girls being split into two teams, led by Xu Jiaqi and Frhanm Shangguan (上官喜愛). The program, which was aired live, attracted over 90 million votes from viewers within one and a half hours, to pick out the winning contestants in an intense fight.

In a landslide victory, the much-anticipated title of top place went to Liu Yuxin who received 17.4 million, a significant 4.4 million higher than the second-placed Esther Yu. Liu Yuxin bowed 90 degrees to thank the coaches, production crew and her parents, tearing up visibly when thanking her fans. “This time I can finally say that I did it–we did it; we have no regrets this summer!”

Also tearing up on stage was Esther, who thanked the program’s production crew, her managers and fans while expressing her unwillingness to part with the rest of the contestants. Overwhemed with happiness, she said, “I want to sing another song, to prove that I can really sing,” following which she sang two lines, before ending off cheekily, “I have proven it, thank you everyone!”

Winning 9.8 million votes to come in third, Xu Jiaqi expressed her thanks to her family members present at the finals, saying she hardly saw them a few times in the entire year. She then went on to thank her fans for their continuous support as many teared up in joy.

In the previous round of votes, Shaking Chloe obtained a precarious ninth placement. When she was announced to be in the fifth position in the end, she burst into tears and could hardly speak on stage.

TAGS: Esther Yu, Liu Yuxin, The Nine, Youth on You 2