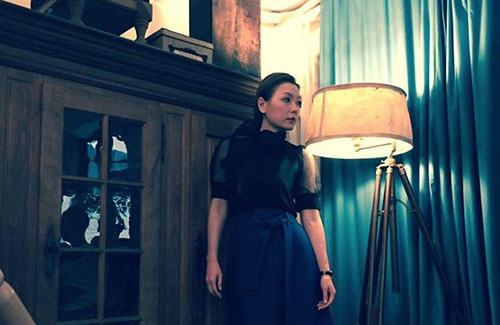 Kristal wrote on Facebook, “After receiving the offer to film Destination Nowhere <迷> in June of last year, then followed by A General, a Scholar, and a Eunuch <超時空男臣>, and finally My Ages Apart <誇世代>, I’ve completed over 110 episodes in the past year and a half. I’m finally done with filming. From today onwards, I will not have new roles. I will emerge myself in my life. From here on now, I have no plans, no targets. I will be enjoying my long vacation, and live here at every breath of the moment.”

The 39-year-old former ATV actress filmed her first TVB drama, Phoenix Rising <蘭花刼>, in 2006. The period drama about female inmates had its first public broadcast in Hong Kong this past May. In 2013, Kristal Tin won both Best Actress and Most Popular Female Character for her role as Yiu Man-ying in the cross-millennial drama Brother’s Keeper <巨輪>, solidifying her success in showbiz.

Kristal’s message on Facebook is vague, and it is currently unknown if she’s leaving the station for good, or simply taking a long break. Regardless, fans will be able to catch her one last time in My Ages Apart, which is slated to air at the end of the year.