Jacqueline Wong Begs Kenneth Ma to Accompany Her in America 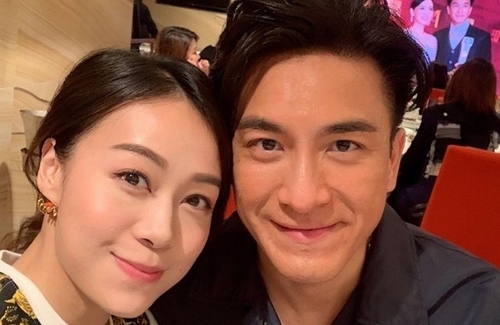 After Hong Kong actress Jacqueline Wong (黃心穎) was exposed for cheating on her boyfriend, Kenneth Ma (馬國明), with married man Andy Hui (許志安), she was cast aside by everyone and labeled a mistress. In order to get away from it all, she fled to Los Angeles alone. However, news broke recently that Jacqueline asked Kenneth to fly to the United States to accompany her. Coincidentally, Kenneth has a one-month holiday in late June once he completes filming The Exorcist’s Meter 2 <降魔的2.0>.

According to the Hong Kong media, Jacqueline frequently calls and messages Kenneth to beg him to visit her since her emotions are very unstable. The news report also pointed out that although the actor still couldn’t forget her, he insisted in the beginning on letting both sides calm down. But Jacqueline managed to sway him recently.

Still, his family strong opposes him seeing her, so it is unknown whether he will really accompany her in the United States. When Kenneth was asked about the matter earlier, he said, “I have no comment. It’s been so long already, are we still talking about it?”

Although Kenneth refused to comment further, he did say he would leave his love life up to fate. In fact, in an earlier interview, he mentioned that he would not limit himself when looking for a girlfriend. “I will make the best of each situation,” he said.

At the time, it was speculated whether Kenneth was suggesting he had broken up with Jacqueline. Otherwise, he wouldn’t mention his criteria for finding a girlfriend in the future.