Currently filming Flying Tiger 3 <飛虎3之壯志英雄>, Jeannie Chan (陳瀅) and Bosco Wong (黃宗澤) developed a close friendship from playing love interests in the drama. The co-stars would often post a lot of hilarious behind-the-scene videos, and in one TikTok live, Bosco showed fans the filming set and took the opportunity to answer viewers’ questions. However, Bosco’s fans were not happy with Jeannie’s flirtatious actions.

In the live broadcast, Moon Lau (劉佩玥) acted as the host and recalled her passionate scenes with Bosco in Two Steps From Heaven <幕後玩家>, in which she played Bosco’s mistress. Bosco revealed that he has an even more intense kissing scene with Jeannie in Flying Tiger 3. He said, “My body was full of injuries after that scene.”

Jeannie then took Bosco’s cutout to demonstrate their kissing scene, causing Bosco to laugh. He expressed that he became really close to Jeannie during filming, and they would sometimes play fight. Judging from their interactions in the TikTok live, they definitely have a tight relationship.

At one point, Jeannie randomly picked up a cup of lemon tea and began drinking it even though Bosco expressed that he already drank from it. However, Jeannie did not mind drinking from the same cup as him, so Bosco could only let out a chuckle. Many of Bosco’s fans were unhappy with Jeannie, as her actions could easily lead to dating rumors. 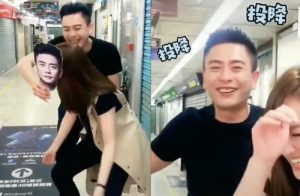 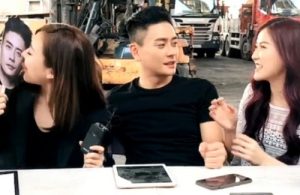 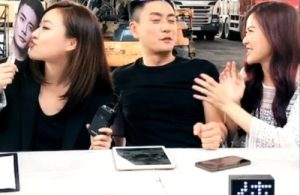 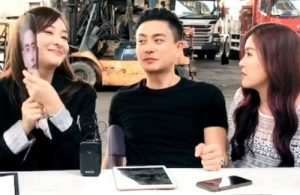 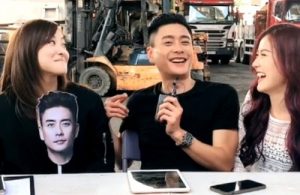 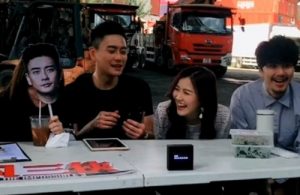 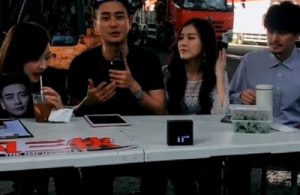