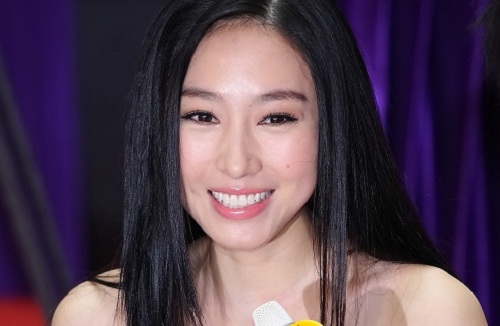 The underground relationship of JJ Jia (賈曉晨) and Sammy Shum (沈震軒) appears to have ended even before it became official.  Recently, there has been speculation that “bad boy,” Sammy Shum has been successfully tempted by costar, Liu Yuqi (劉羽琦) while filming Lan Kwai Fong 2 <喜愛夜蒲2> causing JJ Jia to overtly express her travesty. Each party with their own comments seems to blatantly display their feelings regarding their current love triangle relationship.

Twenty-nine-year-old TVB artists, JJ Jia and Sammy Shum, have been rumored as a couple after filming a travel special together.  During their relationship, JJ Jia accepted Sammy for who he was regardless of his lower income earning ability. Sammy also had constant rumors with his female co-stars such as Kate Tsui (徐子珊), Joyce Cheng (鄭欣宜), and Aimee Chan (陳茵媺). Yet Sammy was still unsatisfied and JJ Jia’s heart finally got broken!

Unable to hold back, the devastated JJ vented on Weibo,”Always single! At this moment, I really want someone to wipe away my tears. But in reality, I have to go through this volatile path by my lonesome self.”

Rumored to be the third party in the love triangle, voluptuous mainland actress, Liu Yuqi–who had intimate scenes with Sammy and previously expressed interest in him–responded as if she were the victor. She wrote on her Weibo, “I want to eat until I become fat! If I’m fat, will you continue to love me?” She was evidently showing off her new relationship, flirting to her new lover.

Sammy recited lyrics from a song, “I can’t face this final outcome. In the end, I’ve done what I can towards love and can do no more…”  With that said, it seems that he has confirmed the end of his relationship with JJ as well!

Then all of a sudden, JJ Jia decided to delete the pessimistic message noting that the posting was just an overflow of emotions felt as an artist and has nothing to do with her love life.  Although photographed dining together on several occasions, both JJ and Sammy parties insisted that they were only friends and denied any further relationship. However, all the recent comments on Weibo appeared to verify that a relationship did exist, which may have now become the past.

22 comments to JJ Jia Breaks Up With Sammy Shum