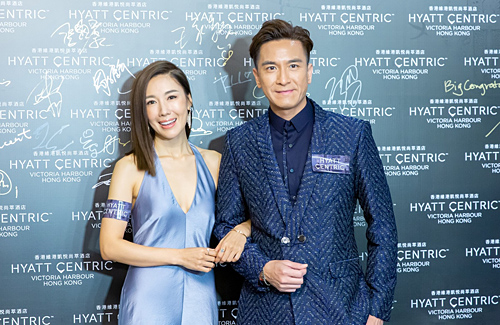 The annual TVB Anniversary Awards will be held on January 12, 2020. With the highly anticipated event just around the corner, speculation about this year’s win is at an all-time high. Kenneth Ma (馬國明), as with previous years, is one of the nominees this year and is considered a strong contender for Best Actor.

Despite being nominated 11 times in the past, the award seems to evade Kenneth every year. While his performance in Big White Duel <白色強人> makes him a strong contender, Philip Keung (姜皓文) in The Defected (鐵探) and Joel Chan (陳山聰) in Barrack O’Karma <今宵大廈> are also strong competitors.

Asked whether he felt confident in finally securing the win this year, the 45-year-old actor humbly responded, “It’s difficult to say, because there are so many strong contenders this year. There are Benjamin Yuen (袁偉豪) in The Defected, and Vincent Wong (王浩信) in The Man Who Kills Troubles <解決師>. Actually, with the awards occurring at this time of year is to their advantage, because the audience’s memories of the drama are still very fresh. So it is difficult to guess who will win Best Actor this year. I am just approaching it with a casual mentality.”

Having been with TVB since 1999, it is reported that Kenneth’s contract with the station is expiring at the end of this year. His good friend and fellow actor, Kevin Cheng (鄭嘉穎), reportedly advised Kenneth to use his contract renewal as a wager for the award. When asked about this rumor, Kenneth responded, “Actually, I still have quite some time left on my contract. [The company and I] have been discussing the renewal terms intermittently. There are a lot of things to consider…. I understand that it is very difficult to ask for a raise during this time. Instead, I want to see about other opportunities to try new things and challenges, or maybe even see if there is a chance for the freedom to do more of what I want. After all, I have been in the industry for quite some time. There are a lot of things I want to see and experience, and not just focus on money anymore. Actually, I do want to try to film projects outside of TVB. I’m sure this is something every artiste hopes for.

“In regards to Kevin giving me advice, there is no such thing. That piece of news is fake. He has been busy taking care of his son lately, so he has no time for me!”