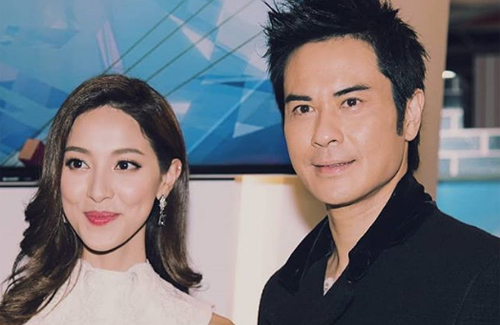 Just four months into their marriage, Kevin Cheng (鄭嘉穎) and Grace Chan (陳凱琳) announced they are expecting a baby boy. The couple has already bought a new home to comfortably settle down and welcome the baby. Both are very excited for the baby’s arrival, as 49-year-old Kevin has already made sure his son will have a good home and schooling environment to grow and learn in.

Despite trying to protect some of their privacy from reporters by writing down different addresses on their marriage certificates, reporters have discovered the location of their new home, as it was reported that the two are currently living in their new home that is in an area full of prestigious schools. 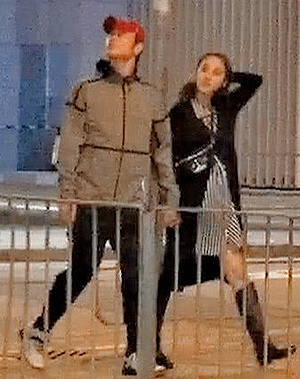 Arranging his schedule to ensure he spends time with Grace during her pregnancy, Kevin was spotted holding Grace’s hand while walking outside to eat dinner. Kevin was dressed in a windbreaker with a red cap, while Grace wore a loose dress with a long warm coat for the cold weather. Despite the blurry image quality and Grace’s loose outfit, it is obvious that her stomach has grown quite large, so it is likely she may around six months and beyond.

The couple opted to walk rather than drive because they wanted to exercise and look around the neighborhood. They were seen stopping by outside real estate agencies to look at new properties, which might indicate of wanting to buy another home, as well as stopping to read pregnancy related information. After eating dinner, the pair slowly headed back home.