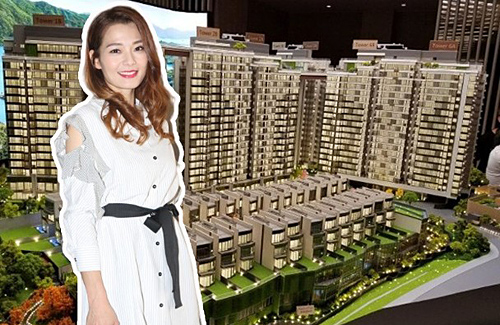 After years of hard work at TVB, Come Home Love: Lo and Behold <愛·回家之開心速遞> star Koni Lui (呂慧儀) was revealed to have recently bought a property almost worth $10 million HKD in secret.

If it weren’t for the property registration information that it was Koni who purchased the luxury home for $9.96 million HKD, fans wouldn’t have even realized the 37-year-old single mom managed to save up so much money for the 781-square-feet apartment.

When asked about the purchase of her new home, Koni revealed, “We’re planning to live there ourselves. My mom was the boss behind the investment and the buying of the actual place. My only responsibilities are working and earning money. My mom really likes that place and I really want my family to live comfortably. That’s why I have to continue working hard to make more money!”

In March, Koni announced her divorce with model Dickson Wong (黃文迪) and ended their seven-year marriage. Denying that the reason behind their split was due to a third party involvement, Koni and Dickson share custody of their four-year-old son together. Since her divorce, Koni has been romantically linked with Come Home Love costar Stanley Cheung (張景淳), but the pair claim to be only friends.